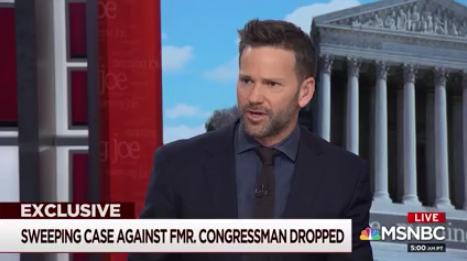 Please make sure your interview with a newsmaker is really an exclusive before referring to it as “exclusive.”

Former Illinois Republican Congressman Aaron Schock appeared on Morning Joe earlier today, live and in-studio, following the news that charges against him of misusing government and campaign funds had been dropped.

Schock resigned from Congress in 2015 and claims neither he nor anyone on his staff purposefully violated any rules or laws.

This interview with Schock may have been pitched as an exclusive for a little while, and with that in mind, Morning Joe showed “Exclusive” in the lower third of the screen during Schock’s Thursday morning in-studio appearance. 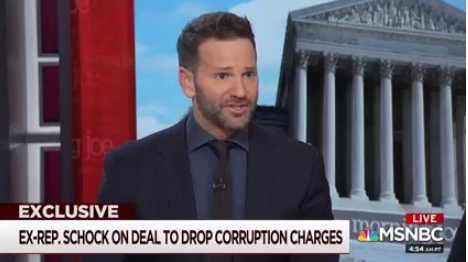 One problem with the whole “exclusive” thing: Schock appeared on Fox News @ Night with Shannon Bream the night before to talk about the charges against him having been dropped as well. They beat Morning Joe to the punch and referred to their interview with Schock as “exclusive.”

Yes, Bream’s show originates from Washington and Schock wasn’t in-studio (he was in New York, presumably for Morning Joe), but technically it was Schock’s first live interview since the deal with federal prosecutors had been struck. 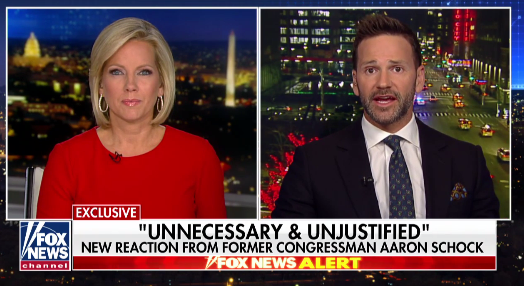 Morning Joe could have labeled the interview “In-Studio Exclusive,” or “Morning Exclusive” or something along those lines, but didn’t.

To be honest, Morning Joe is far from the only show to have this issue. Everyone should just double- or triple-check that their interview with a newsmaker is actually “an exclusive” before labeling it as such.