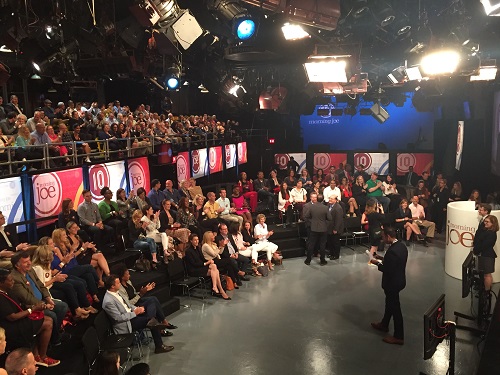 The MSNBC morning show traveled up a few floors from its regular studio to NBC’s Studio 8H–home of Saturday Night Live–and brought in a studio audience to help celebrate.

Hosts Joe Scarborough, Mika Brzezinski and Willie Geist were joined by a cavalcade of TV newsers, politicos, family members, and enthusiastic fans from across the nation. One couple came from Arizona. Another from South Carolina. Another from Canada. 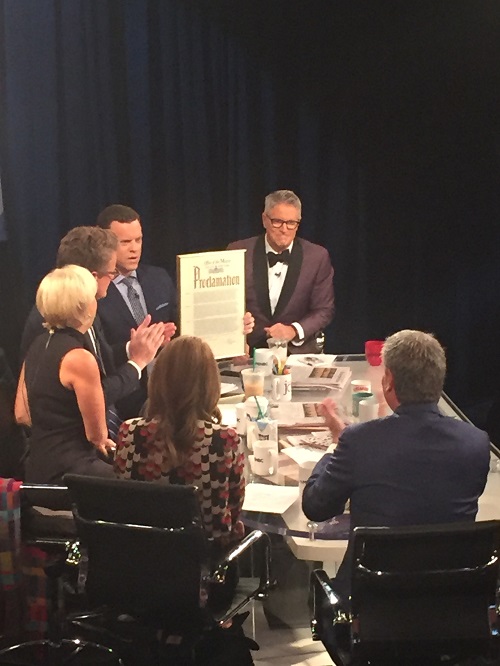 Brzezinski, Scarborough, Geist and Morning Joe mainstay Mike Barnicle (the “core four” as Brzezinski labeled them), opened the broadcast talking about the show’s roots at MSNBC’s former home in Secaucus, New Jersey. “I remember having to wake up at 2 a.m. to head to Secaucus in those early days, and it wasn’t pretty,” recalled Geist.

The program recalled the administrations it has covered, Bush through Trump, and how a 2008 appearance by former Meet the Press moderator Tim Russert helped the show take off (something Scarborough told us when we spoke with him and Brzezinski yesterday).

Scarborough introduced the show’s co-creator Chris Licht, now the ep of CBS’s The Late Show with Stephen Colbert and gave a shout out to current Morning Joe ep Alex Korson, and recounted a story he told us yesterday about how he and Mika almost went to CBS but decided to stay because of the “absolute total freedom that [MSNBC president] Phil Griffin gave us, having the faith in us in starting this show.”

Here’s Licht speaking with New Jersey governor Chris Christie, who stopped by during the 7 a.m. hour. The governor would later thank MSNBC for what he deemed “consistent” coverage of the Bridgegate scandal. 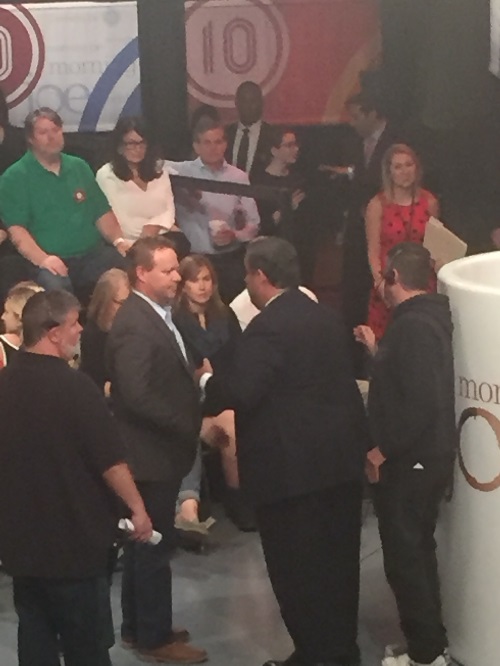 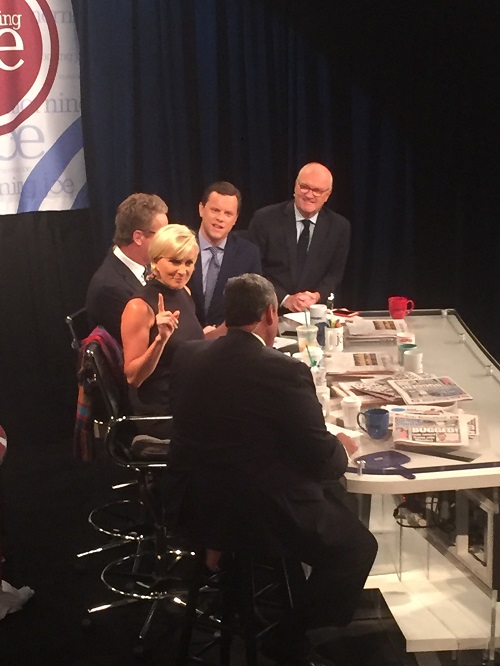 Ahead of Pres. Trump’s first address to the U.N. General Assembly, Pulitzer Prize-winning author and frequent Morning Joe guest Jon Meacham spoke about the history of the United Nations. Former Pennsylvania governor Ed Rendell talked about the current state of the Democratic party.  “Thanks for 10 years of fake news!,” joked Arizona Sen. John McCain in a taped congratulations. 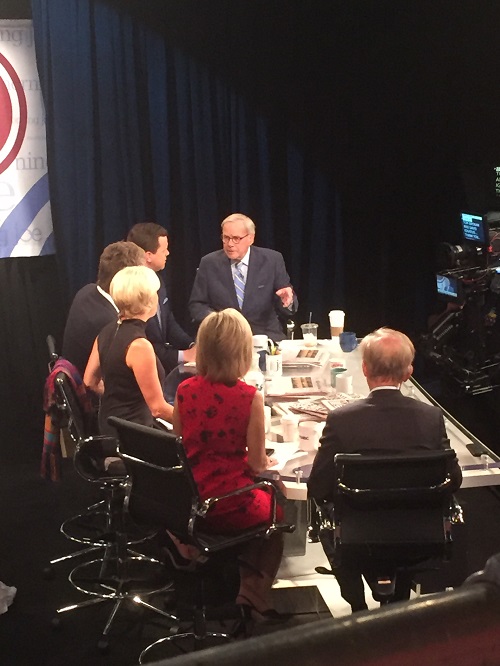 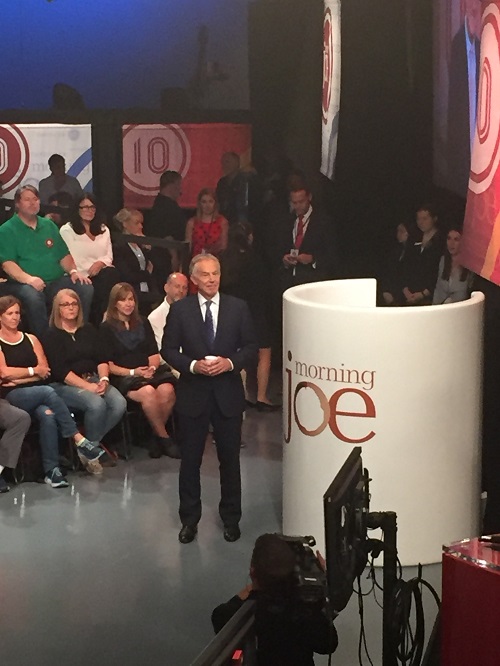 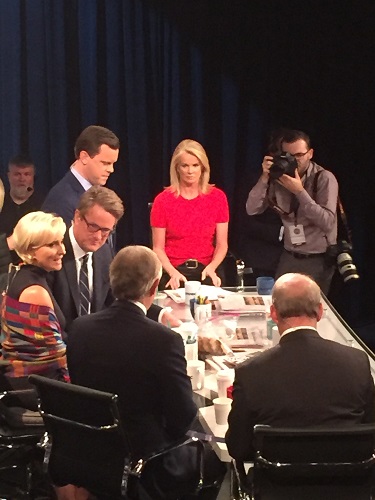 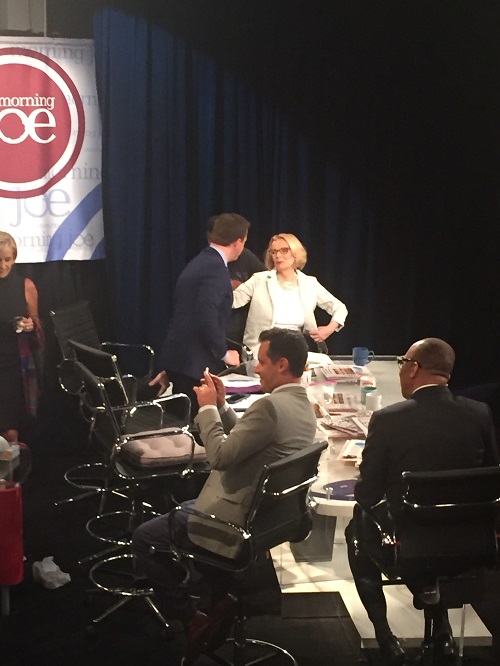 Scarborough and Brzezinski posing with some fans in a giant Morning Joe mug during an extended break. 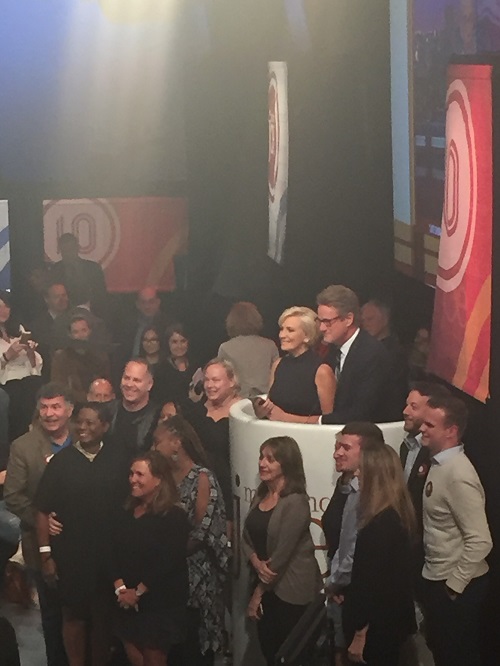 Rev. Al Sharpton appeared towards the end of the broadcast. “We can disagree, but not be disagreeable. That’s the magic of this show,” he said. 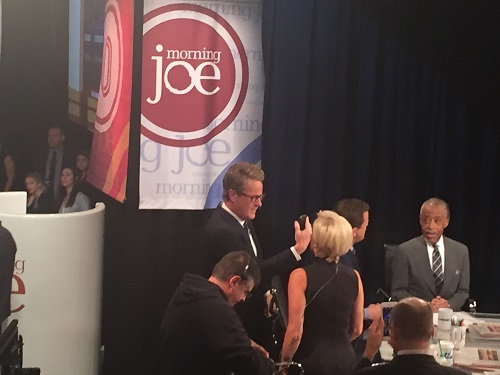