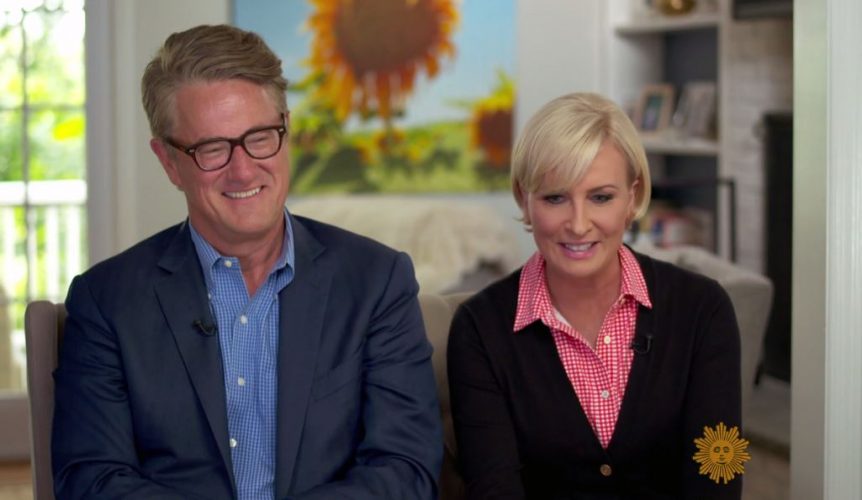 Brzezinski and Scarborough have a unique tie to CBS News. They were very close to signing on with the network when CBS was re-tooling its morning show 6 years ago.

Brzezinski told us last month they had considered leaving MSNBC for CBS in 2011 but that never transpired. Brzezinski was a correspondent and anchor (including a frequent Sunday Morning contributor) before making the leap to MSNBC in 2007.

In Stahl’s interview, below, Joe and Mika talk about their off air relationship, their feud with Pres. Trump and how Mika fought for equal pay, admitting she was being paid 14 times less than Joe.

As for ratings, that episode of Sunday Morning drew 5.6 million viewers, up +1 percent from the same Sunday last year. For comparison, the 3-hour Morning Joe is seeing its ratings at an all time high, averaging about 1 million viewers each day.