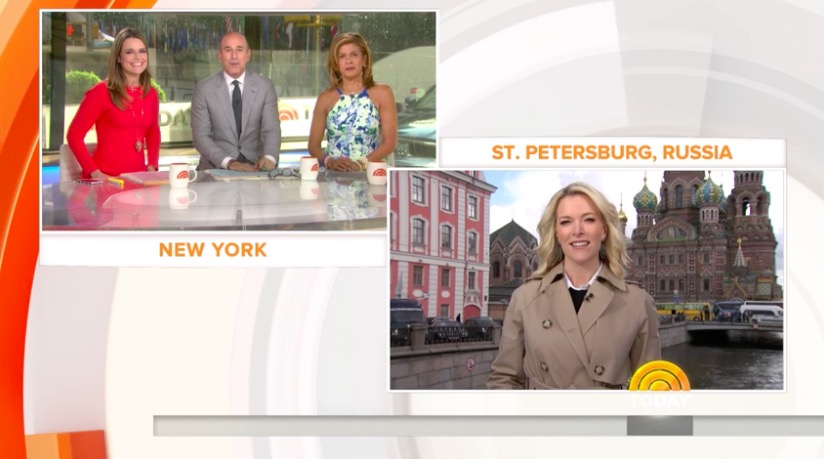 Megyn Kelly made her debut on NBC News this morning with a live Today show report from St. Petersburg, Russia where she is moderating a discussion with Russian President Vladimir Putin on Friday. She also confirmed she’ll get a sit-down with Putin that will air on the debut episode of her new NBC News magazine Sunday night.

“Hey guys. It’s great to be with you, Matt and Savannah,” which left Hoda Kotb, who has been appearing earlier on the Today show, starting in the 7:30 half hour, a bit left out. (Kelly tossed back to all three anchors in her live close.)

She hadn’t yet confirmed the Putin interview when we talked with her late last week.

Here’s Kelly’s first report which focused on the Russian perspective on any potential U.S. election meddling.