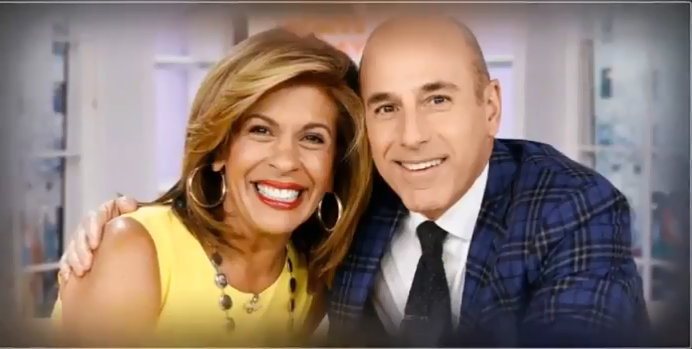 Hoda Kotb being named the new permanent co-anchor of Today is the top media story of the day.

The longtime NBC Newser has received congratulatory texts from a number of folks, but one of the most important to Kotb was a text from the man she is succeeding in the role: Matt Lauer.

“He was sweet this morning. Certain texts popped up, and there was one from Matt: ‘Congratulations!'” Kotb told E! News earlier today. “And he said some nice words…It meant the world to me to hear from him. It was really nice.”

Lauer has been absent from the public eye since being fired by NBC News last November amid allegations of sexual misconduct.

It’s unknown as to whether or not Lauer will make any sort of a public statement regarding Kotb’s promotion.

“Matt is really focused on his family, and I think that’s where his heart is and that’s where it should be,” Today co-anchor Savannah Guthrie told E! News. “We’ve kept in touch and we’ve all been reaching out, and, you know…I don’t think there’s anyone who would be more thrilled than Matt to see Hoda in this role. He adores Hoda and he knows how good she is and so I know that to be true.”