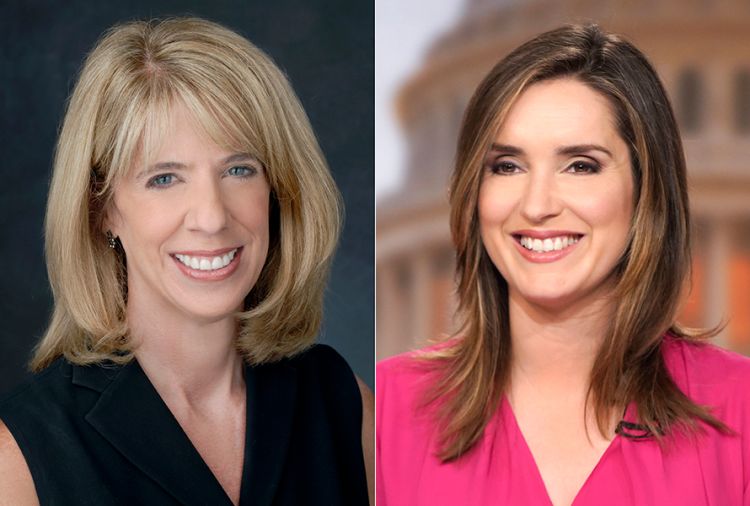 Let’s not mince words: It’s a chaotic time at CBS.

The company’s longtime chief executive Les Moonves just departed the company after a total of 12 women accused him of sexual harassment and intimidation in two New Yorker stories published in July and yesterday morning.

Now, former CBS News chairman-turned 60 Minutes executive producer Jeff Fager could be next out the door.

But two of the news division’s highest-profile staffers have emerged as stars amid the chaos.

Face the Nation moderator Margaret Brennan and executive producer Mary Hager have been recognized as “brand stars” in the newest installment of Adweek’s City Spotlight series, which focuses on Washington DC media and marketing.

Brennan and Hager –who make up the only two-woman leadership team for a national Sunday public affairs show–are among those Washingtonians “who are defining a new generation of leadership, evolving their industries and making sure that a refreshingly diverse range of voices are being heard.”

“Face the Nation is a brand, a mantle, and it’s a responsibility to continue to uphold, and to protect,” Brennan told Adweek late last month. “My job is to maintain the brand, grow the brand, and along with our executive producer Mary Hager, help bring the brand along without in any way devaluing the trust that people have bestowed on us over the years.”

Brennan says what makes Face the Nation and the Sunday show format stand out in general is the ability to have in-depth discussions, and six to eight-minute conversations with policy makers.

That doesn’t always work in the fast-paced world of cable news.

“The responsibility and the blessing in many ways of a Sunday show is being able to step back and give context,” said Brennan. “We’re not doing play-by-play, we’re doing perspective. We’re trying to help people understand what just happened, and what’s about to happen next as we start the upcoming week.”

It’s been a significant few days for the Face the Nation moderator. In addition to being honored by our parent publication, she conducted a news-making interview with VP Pence for yesterday’s broadcast, and actually moderated yesterday’s show on her due date. Brennan goes on maternity leave today, with John Dickerson stepping back into the Face the Nation chair in her absence.

Brennan is set to return to CBS News and Face the Nation in November.

I will not be in the @FaceTheNation chair next week as I take some time with an expected newborn baby boy. The program is in good hands as a familiar face- my colleague @jdickerson -will host for the next several weeks assisted by the all star FTN team. I’ll see you in November!

Hager told Adweek that modernizing and evolving a 63-year-old show like Face the Nation isn’t easy.

“Our staff has had to increase to keep up with the demands of building a brand on the digital platform as well as the reliable one hour of television broadcast,” said Hager,

“Our Sundays are not just prep, and then we wrap up the show,” she continued. “It’s figuring out where the news is, how we grow that news, how we expand our digital presence, and how we make sure that we’re keeping Face the Nation viewers up to speed on the things that they’re interested in, not just on Sunday mornings, but really seven days a week.”