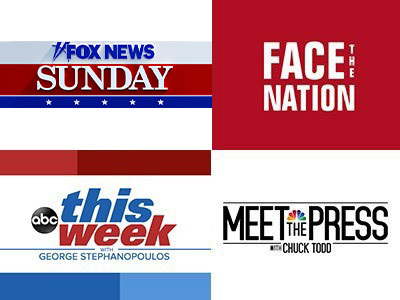 After a stretch in third place in the Sunday show ratings race, NBC’s Meet the Press with Chuck Todd climbed to the top spot on March 6 among adults 25-54. The longest-running program on American television averaged 632,000 viewers from the measurement, No. 1 overall, to go with 2.835 million total viewers, second-most behind CBS.

Speaking of CBS, Face the Nation with Margaret Brennan (half-hour) averaged 3.1 million total viewers this past Sunday, more than the competition. Not only is FTN the most-watched Sunday show on March 6, but it’s the most-watched Sunday show, season-to-date, for the third consecutive year. That said, Face the Nation continues to skew older than the Sunday competition and finished second this past Sunday among adults 25-54 behind NBC.

ABC’s This Week with George Stephanopoulos, which has experienced a superb season to-date, saw that momentum come to a halt on March 6. The broadcast finished third this past Sunday, both in adults 25-54 and in total viewers. Despite taking third place behind Face the Nation and Meet the Press, This Week is No. 1 season to-date among adults 25-54. ABC’s Sunday show hasn’t been No. 1 in the key demo this late in a broadcast season in 28 years—since the 1993-94 season.

How did the broadcast’s four major Sunday shows perform relative to comparable weeks?