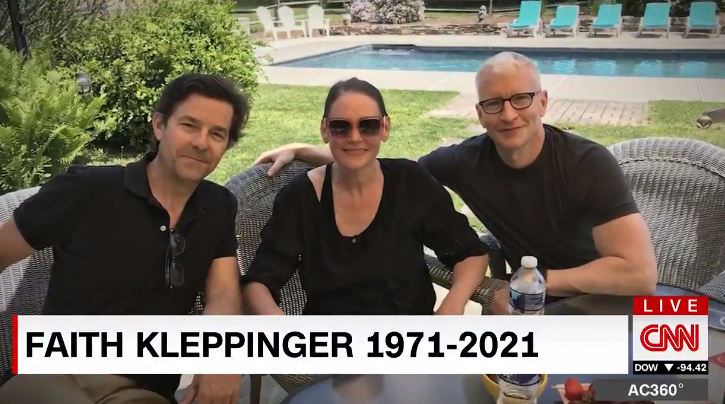 Cooper took a few minutes to honor his friend and colleague during Tuesday’s broadcast.

“Faith’s talents, myriad and magical … were also devastating and they were delicious,” said Cooper, after playing a montage of some greatest hits on the show’s popular Ridiculist segment, which she wrote. “Faith … thank you for all the life and the laughs and the love that you shared … Faith was loved by the entire AC360 family. May her memory be blessed.”

Tonight @andersoncooper said goodbye to our friend and long-time writer, Faith Kleppinger, who lost her battle to cancer this morning.

“She had a magic about her with words and humor,” said Anderson. “Faith…thank you for all the life and the laughs and the love that you shared” pic.twitter.com/SiA4wuohHJ