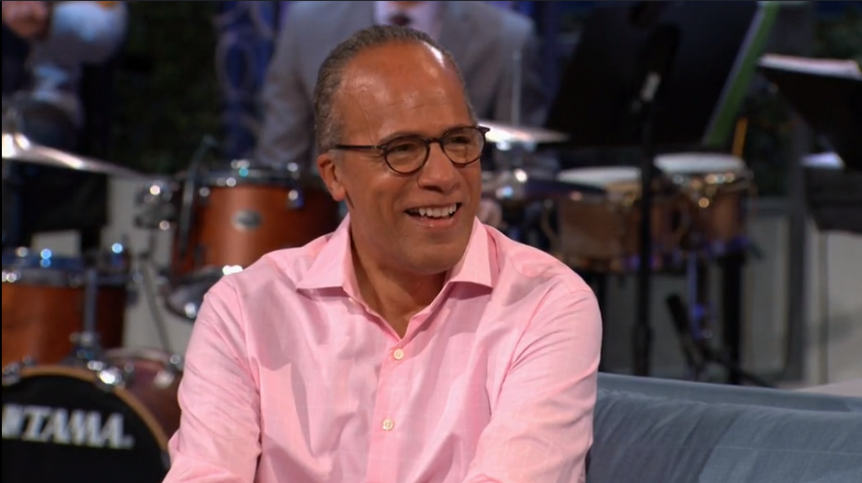 Lester Holt comes across as a serious newsman on TV, so it may have been a surprise to viewers when they turned on NBC Wednesday in prime time to see the Nightly News anchor as a participant on Hollywood Game Night.

Holt appeared in a taped episode of Game Night with several other celebrity guests, including WWE’s The Bella Twins, Michael Ealy (BET’s Being Mary Jane), Natasha Leggero (Comedy Central’s Another Period) and This Is Us’ Chris Sullivan.

It’s widely-known (at least in TV news circles) that Holt is part of a band consisting of fellow Dateline staffers named the Rough Cuts. Holt took his talents on the bass guitar to the Hollywood Game Night stage, and played the bass with the show’s band.

He also spoke about when his personal life crosses over with his professional one, saying: “When I was dating my wife, one of the big tests in our relationship was, we were supposed to go out one weekend and I got a call there a big brush fire in the Napa Valley and I said to her, ‘do you want to go to a brush fire?’” He joked, “It was a hot date.”

Quite the jokester, that Lester Holt. 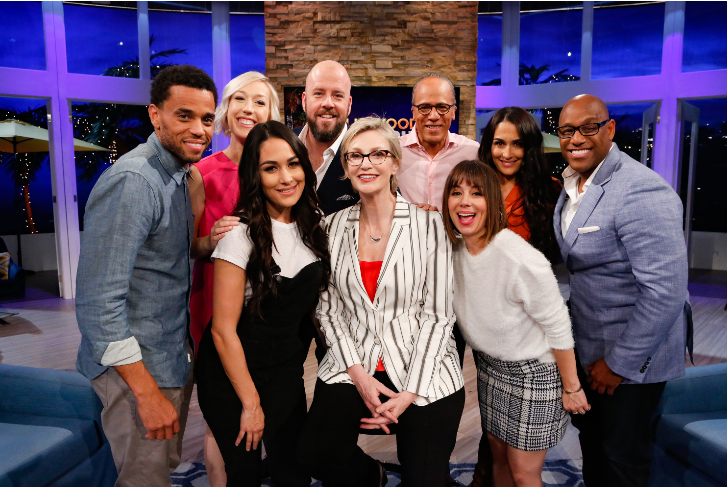