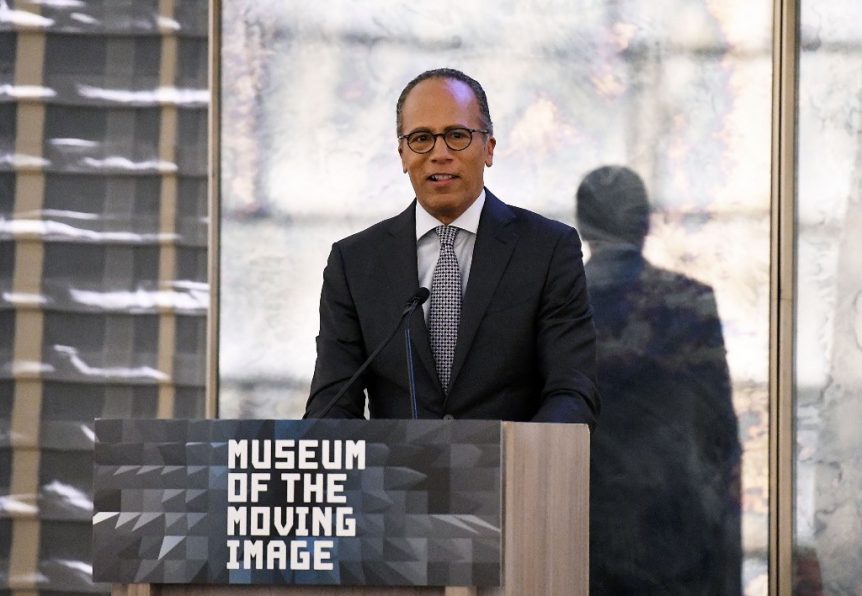 NBC’s Lester Holt was among the honorees at last night’s annual dinner for the Museum of the Moving Image.

In his remarks, Holt touched on the intense scrutiny the news media faces today.

“People are watching and following us with high expectations of our reporting and how we bring light and clarity to the issues of the day … especially at a time like this there is no room for hubris or agenda other than a singular focus on exposing the truth. With truth and integrity on our side, no amount of ridicule or name calling from even the highest places can undermine our role. I have always believed journalism is a high calling.”

Holt was introduced by NBC News President Noah Oppenheim, who was himself introduced by Herb Schlosser, president of NBC in the 1970s.

Oppenheim joked about how unflappable Holt is, recalling the night of the first presidential debate, which Holt moderated. With the team backstage pacing and stress eating, Lester was in an adjacent room watching an old Julia Roberts movie. “He does the work, he’s always prepared and he knows it,” Oppenheim said.