NEXT:Scoreboard: Tuesday, Feb. 12
PREVIOUS:Love Was in the Air This Morning on Fox & Friends 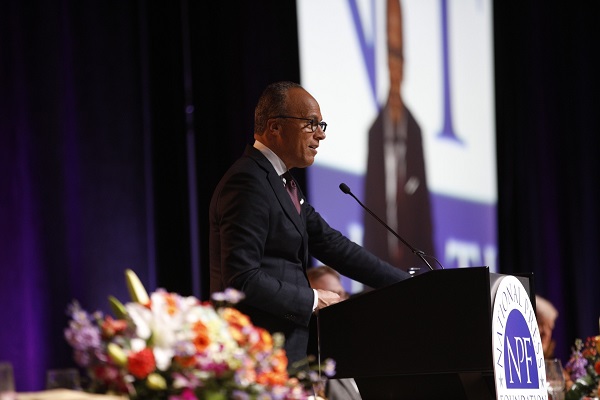 Lester Holt had a busy Wednesday in our nation’s capital.

In his acceptance remarks, Holt thanked NBC News chairman Andy Lack and NBC News president Noah Oppenheim (both of whom were in attendance) for “giving Nightly News the room to be the best version of itself every night.”

He also gave a shout out to Nightly News ep Jenn Suozzo, saying “she’s doing a terrific job” and “is a terrific partner to me for getting our broadcast on the air.”

“Even as we carefully press forward in this incredibly news-rich environment it must be with an attitude of satisfaction not smugness,” Holt remarked. Confidence not glee. Recognizing that especially in this environment, our work is judged not just by whether we get it right, but by how we comport ourselves in pursuit of the truth.”

Also present at the event were other honorees, among them the TV news power couple of Al Hunt and Judy Woodruff, as well as New York Times Washington bureau chief Elisabeth Bumiller.

The 2013 Taishoff Award winner Wolf Blitzer was in the building as well.

Holt was also named the first official ambassador for Poynter Institute’s MediaWise program, an initiative to teach students about media literacy – fact-checking and identifying trustworthy sources to one million middle and high school students by 2020.

“We all recognize that there’s a lot of questions now about truth and accuracy and honesty out there,” Holt later told USA Today, which was on hand to cover the event. “It’s been a tough time in many ways for news media, so this is a chance to stand up and really address these issues in a very constructive way and create a more healthy relationship between us as the journalists and our viewers.”

Per below, it appears that Holt has captured the attention of most of these high schoolers; which might be worthy of a totally separate honor! 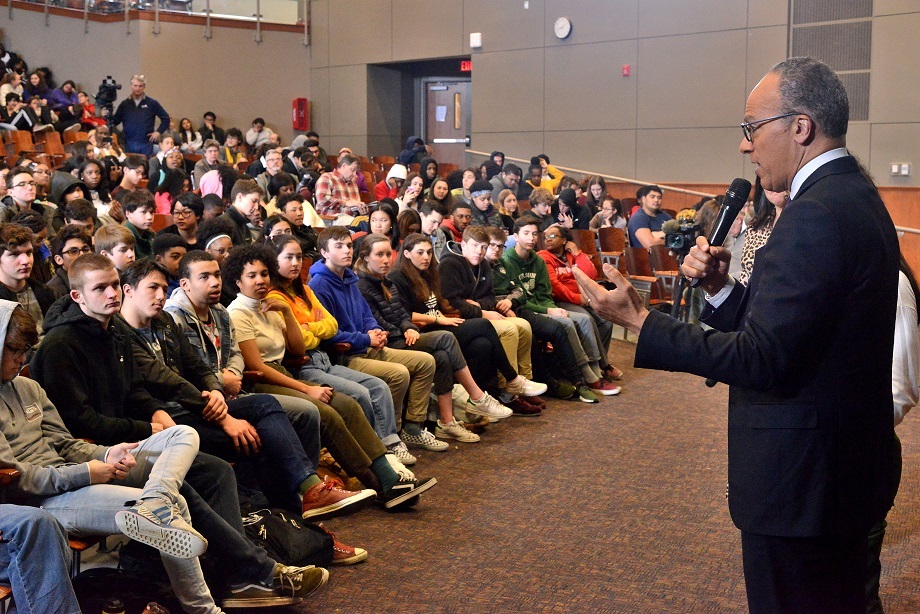