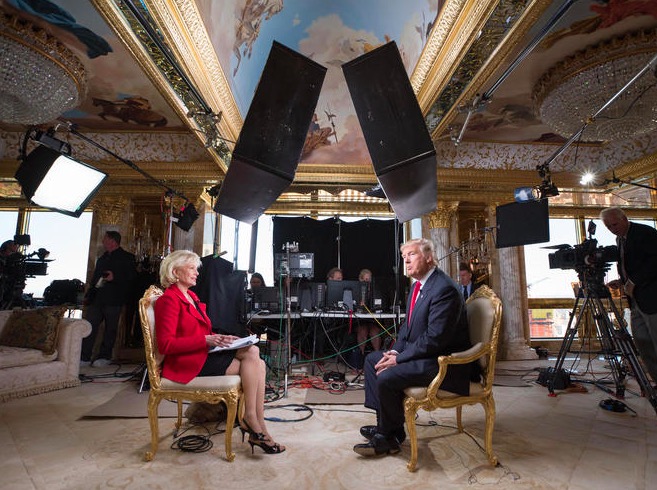 CBS’s Lesley Stahl is one of America’s best-known journalists. But to her grandchildren, she’s simply “Lolly” – a name Stahl chose as a nod to her own mother, Dolly. And, leaving Brangelina and Kimye in the dust, once Stahl decided upon her grandparent moniker, her husband charmingly chose to go by “Pop” (ergo, LollyPop!).

TVNewser caught up with Stahl in Chicago Friday, during a visit to promote the paperback edition of her second book, Becoming Grandma: The Joys and Science of the New Grandparenting. We discussed her two young granddaughters – she wants them to be scientists, because those in science “seem to me to be the most fulfilled and the happiest. They’re doing something for the greater good” – as well as President Donald Trump, future 60 Minutes colleague Oprah Winfrey, and news of a”miraculous” breakthrough for her husband as he battles Parkinson’s disease.

TVNewser: Last year you marked 25 years with 60 Minutes, which will celebrate its 50th anniversary in 2018. To what do you attribute the program’s strong ratings to this day?

Stahl: We are amazed that the audience not only sticks with us, but is growing – we’re keeping the old audience, but we’re getting younger viewers to watch us. We do what we do the old-fashioned way: We do precisely, exactly what we did when Don Hewitt started the show in 1968. By that, I mean we don’t take a poll to see what the public wants to hear, we don’t pander. We haven’t turned tabloid in even the tiniest respect, we don’t have graphics, we don’t have music.

And I think there’s a craving, for both hard investigative journalism, but also the comfort of just seeing it the same way, and knowing that we’re serious about it and that we’re fair. So I think the fact that we haven’t changed, in this world of enormous change, is keeping our old audience and bringing us younger people. 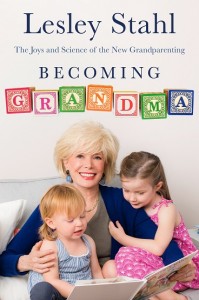 TVNewser: When you interviewed then-President-Elect Trump and his family last November, right after the election, Ivanka Trump told you that she would not be joining the administration in a formal capacity. What are your thoughts on that exchange, looking back? And how is it that you’ve become the “Trump interviewer” at 60 Minutes, just as Steve Kroft was President Barack Obama‘s go-to correspondent at the program?

Stahl: On Ivanka, I honestly, truly believe that she thought that she was going to stay in New York and work at the company, and hold the company together. I do not think that she, in any way, told an untruth at that time, and I think it’s evolved – I think her father wants her [at the White House], and basically needs her there, and [the plans] just changed.  And my God, how can we hold that against her in a million years?

[Regarding interviewing President Trump], I was assigned to him before anyone thought he was going to win. That was an assignment that I wanted, I wanted a piece of the campaign [coverage]. I interviewed him the day he named Mike Pence as his running mate, and I interviewed them together. And when the interview ended, [Trump] said, ‘I’m going to give you my first interview when I’m elected.” And I smiled, knowing – knowing! – he wasn’t going to be elected. And so I smiled and said ‘thank you.’ And when he was elected, he stuck by his word. So that’s how that came about.

He told me at the interview – three days after the election – that he knew he was going to win. But you could tell, sitting across from that man that day, that he was in a state of shock. He wasn’t thinking beyond Election Day, he had no idea what was coming next – and it was dawning on him, as he sat there three days later, it was washing over him, the weight of it. And if you look at that interview, it had a quality to it that was different than almost any other interview he’s done as a candidate or even as President. He was subdued, and more thoughtful in a way. He wasn’t ready to pounce and fight back.

TVNewser: I want to ask you about Oprah Winfrey joining 60 Minutes this fall as a special contributor.  She’s not been a traditional journalist for a long time – she’s kind of in a special “Oprah” category – so how did the staff react to this news?

Stahl: Well, first, my personal reaction is completely, totally positive! Because she’s a serious person, she’s not – in any way, shape, or form – frivolous.  If you’ve ever watched her, she was always going one step deeper. And I know her personal interests, and I know that she will make us proud. And I admire her.

I am thrilled, and I get a girlfriend to talk to – it’s all great for me. There was some grumbling, a little, tiny bit, that she wasn’t a heavy-hitting journalist, but I disagree with that and have said so, and made my position clear in the office! I think it’s wonderful.

TVNewser: Last fall, you reported for CBS Sunday Morning on a new boxing program to help those with Parkinson’s disease – and you interviewed your husband, novelist and screenwriter  Aaron Latham, who has Parkinson’s and is a program participant. How is he doing?

Stahl: He just had something called DBS, which stands for Deep Brain Stimulation. And it has been the most magical, shockingly miraculous transformation for the symptoms. It’s a quality-of-life operation, because it doesn’t get to the essence of the disease itself. He couldn’t button his own shirts, and now he can. He couldn’t write, he now can. I mean, imagine having a degenerative disease, and you reverse it. That’s what’s happened. So we are on a cloud, just marveling.

This operation – for anybody who’s going to read this, who knows someone with Parkinson’s – you have to be accepted to do the operation, they won’t just [operate] on anybody, you have to have an exam to make sure – and if they know it’s going to help you, don’t wait to have it.