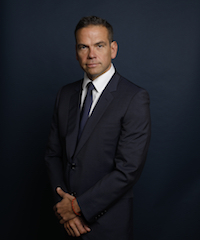 Fox Corp. executive chairman and CEO Lachlan Murdoch gave a rare interview to The Hollywood Reporter in which he talked about the infighting among some Fox News hosts, the fledgling Fox Nation OTT service and the many Hollywood projects that are either directly or indirectly about his family, like Succession and The Loudest Voice.

The interview was conducted prior to Shepard Smith’s surprise departure from Fox News Channel last Friday. Tensions between Smith and other Fox News hosts, including Sean Hannity and Tucker Carlson, had spilled into the public several times over the past couple years.

Here are some highlights from Murdoch’s interview.

It’s a success already. It’s small, right? And it’s growing. We haven’t put a ton behind it yet. The conversion rate from people who trial it to paying subscribers is very high. But we haven’t done any sort of external promotion of it or really given it a push yet, partially because we still a) want to make sure the technology is stable, but b) we want to have as much content on there as possible.

On whether Roger Ailes would have tolerated the infighting among Fox News hosts, and how much leeway he gives them.

I can’t speak to if Roger were around or not, but unfortunately in this country there’s less and less civil debate. Civil debate among our countrymen and our colleagues at work is something we always aspire to.

On all the projects that are either directly or indirectly about his family, including Succession, The Loudest Voice and the upcoming movie Bombshell:

Well, I’m not sure they’re all about our family. But people are searching for good storylines. I think a lot of these are more fictional than they are reality, but, you know, that’s up to writers and producers to decide.