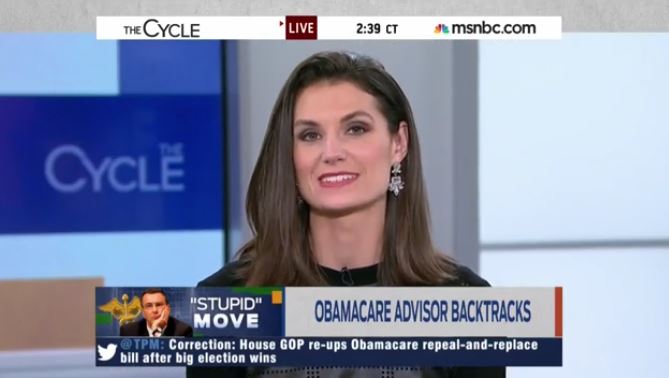 Former MSNBC host Krystal Ball is joining The Hill as the co-host of a new morning show, set to launch later this year. Ball, a former Democratic congressional candidate and author, will be the progressive voice of the show. The news outlet is looking for her conservative counterpart.

“The same old, stale left versus right fights done in the same old way isn’t working for an increasingly sophisticated audience,” Ball says about her new role. “Viewers want authenticity and context in their news the same way they want it from their politicians.”

This is part of the D.C. publication’s expansion into digital video.

“After another year of record growth, including a massive audience uptick, daily streaming was the next logical step,” said James Finkelstein, chairman of Capitol Hill Publishing Corp, which publishes The Hill.

The Hill has also hired democratic political analyst Jamal Simmons who will appear on the new morning show before launching his own opinion show later this year. Simmons has appeared on multiple networks over the years, including as a CBS News analyst for the 2010 mid-terms.

Ball co-hosted The Cycle on MSNBC for three years beginning in 2012. She also anchored streaming coverage of special events like the 2014 mid-term elections and the 2015 State of the Union.