NEXT:Here's Who Appeared at the 2018 Global Citizen Festival
PREVIOUS:C-SPAN's Steve Scully: 'I Knew Right Away When We Were Getting These Calls That We’d Tapped Into Something ...' 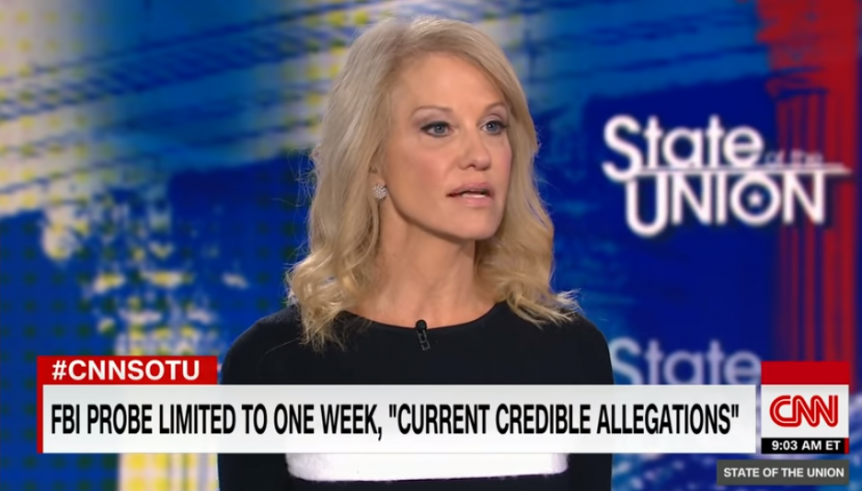 In light of the #MeToo movement, and even more recently Dr. Christine Blasey Ford’s riveting testimony in front of the Senate Judiciary Committee last week, an increasing number of women are coming out into the open to tell their experiences of sexual assault.

This includes members of the Trump administration.

Conway made the statement during a conversation about the controversial nomination of Judge Brett Kavanaugh to the Supreme Court.

“I don’t expect Judge [Brett] Kavanaugh or Jake Tapper or Jeff Flake or anybody to be held responsible for that. You have to be responsible for your own conduct,” she continued.

Tapper offered her his sympathies, but didn’t pry much further into her story.

“I said I found her compelling. And I’m glad she had — had her voice, yes,” Conway added. “And I think they could both be right. I think something terrible could have happened to her … the same summer she and I were 15, and that Judge Kavanaugh was not involved. And I think that is why you have sworn testimony. That is why you have corroborating evidence, if you can find it. And that’s why I suppose the FBI will continue to investigate.”

“We all have our stories,” Baldwin said. “The spiked drink. Waking up on the cold tiles of a hotel bathroom floor. The uncertainty. The shame. The thought I must have somehow brought this on myself. The silence, distrust, and invalidation. This is a pivotal moment in America for all of us.”

Baldwin added, “This matters. This moment is bigger than politics.”

My personal essay on why I want to mark this pivotal moment in American history… of talking about sexual assault. #CNN pic.twitter.com/tdtioBBahe