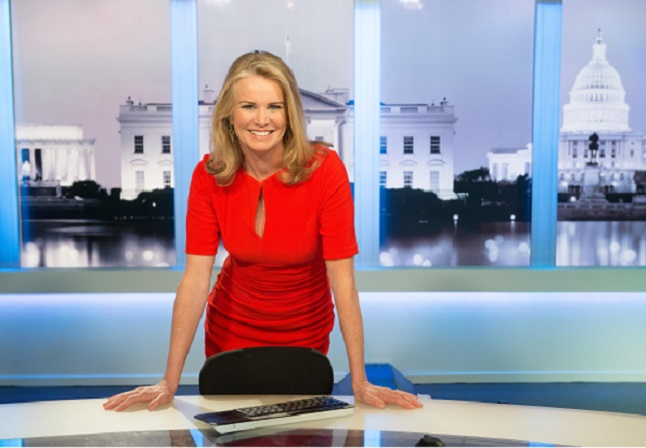 After 30 years at the BBC, Katty Kay is leaving for digital media and entertainment company OZY Media.

She will become senior editor and executive producer at OZY, which was founded by chief executive Carlos Watson in 2013.

Kay’s career with the BBC began in Zimbabwe in 1990, where she worked for BBC World Service (radio). She relocated to Washington D.C. in 1996, and has been the anchor of BBC World News America for the past nine years.

In addition to being the face of BBC World News, Kay has also served as a contributor (and occasional fill-in host) on Morning Joe.

Kay and Watson are good friends. They launched a podcast together in September called When Katty Met Carlos. Kay even interviewed Watson at BBC World News’ IAB Newfront earlier this month.

“I’ve never found a reason to leave the BBC,” Kay told Axios‘ Sara Fischer. “It took a really special place to get me to leave a special place.”

“I think we’re in a moment of great change and flux, and it’s been accelerated by changes due to Covid,” Kay added. “But it’s opened us up to what is possible. It’s a moment to spread our wings … Mostly, I think we’re going to have fun.”

According to Fischer, OZY Media brought in $50 million in revenue last year, helping it hit profitability for the first time in its seven-year history. Its annual OZY Fest global event had 1 million participants across dozens of countries.