Super Bowl LV featuring the Kansas City Chiefs and the Tampa Bay Buccaneers is two days away, and Fox News anchor / die-hard Chiefs fan Harris Faulkner is fired up for it.

Faulkner’s fandom goes back to her days as an anchor at Kansas City’s WDAF-TV (Ch. 4). She remembers singing the National Anthem at Arrowhead Stadium back in 1999 when she was employed by the Fox station. And who were the Chiefs playing on that Sunday? You guessed it, the Buccaneers. 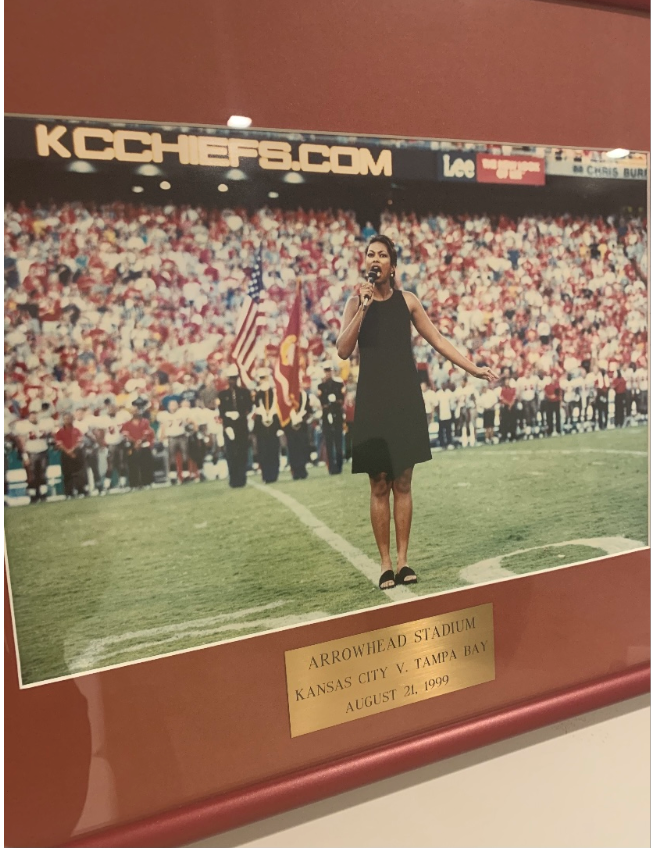 “When the day came for me to sing the anthem, they marched me out to the middle of the field, and the stands were packed. It came from a different place when I started to sing, and people were cheering and they sang the last line for me, and instead of “home of the brave,” they sang “home of the Chiefs,” she recently told Kansas City Magazine. “It was then I got to thinking, “This is it. I am a real hardcore Chiefs fan.” I mean, it runs deep. It’s not like I’m just going to cover them for Fox Sports; my heart is really in it for them, and it doesn’t matter who the quarterback is. But it doesn’t hurt that it’s Patrick Mahomes, of course.”