NEXT:Scoreboard: Tuesday, July 10
PREVIOUS:Chris Wallace Will Sit Down With Vladimir Putin Following His Meeting With Trump in Finland 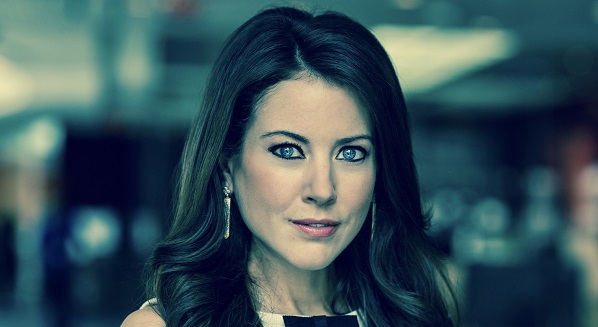 Bloomberg Markets anchor Julia Chatterley is departing Bloomberg and joining CNN, where she will host a new program on CNN International beginning this fall.

Chatterley joins from Bloomberg, where she hosted the daily Bloomberg Markets and What’d You Miss? shows, covering global politics, business and breaking news, as well as hosting discussion panels and live events.

A first-class Honors graduate in Economics from the London School of Economics, Chatterley began her career in finance, working for Morgan Stanley in London. There she accumulated a breadth of knowledge in the company’s Fixed Income division, including swaps trading, foreign exchange sales-trading and Securitized Products Research. She spent over four years working with macro hedge funds on a cross-asset basis.

She left finance to embark on a broadcasting career at CNBC International, where she covered global markets and breaking business news. She covered Eurogroup and EU leaders summits, as well as ECB, G20, G7 and NATO meetings. She also covered numerous elections, including key Greek, Spanish and Italian votes, and has interviewed international heads of state and finance ministers.

There were a lot of talent moves which took place yesterday at CNN. First, Brianna Keilar was promoted to 1 p.m. weekday anchor. She’ll start after she returns from maternity leave in the fall. Clarissa Ward was promoted to chief international correspondent. Similar to Keilar, she’ll step into her new role in the fall when she returns from maternity leave.