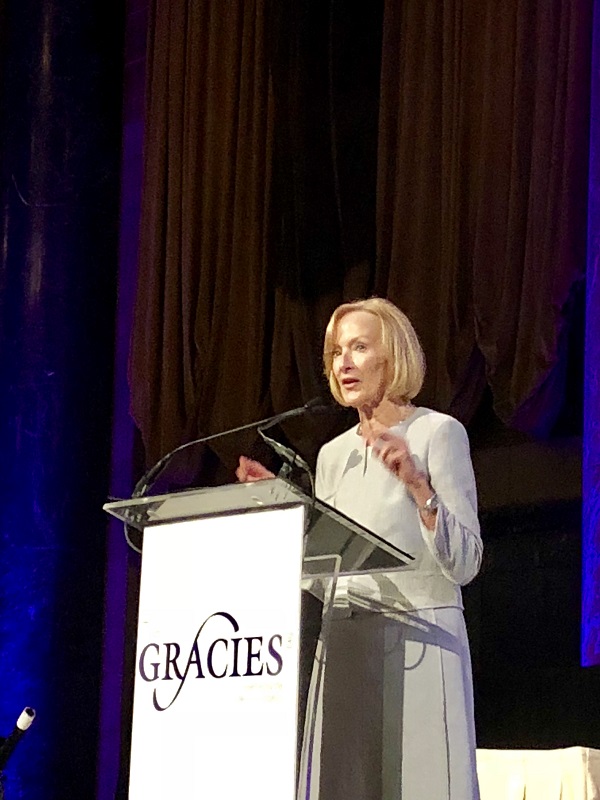 Judy Woodruff wants to see more women in decision making jobs, more women doing the hiring in media, and more women deciding what news stories should be covered. “We need more women managers reaching out to bring on younger women,” she continued.

The anchor and managing editor of the PBS NewsHour made the remarks while accepting the Lifetime Achievement Award at the 43rd annual Gracie Awards Luncheon, an event presented by the Alliance for Women in Media Foundation today in New York.

“Judy’s insightful, balanced approach is respected by her colleagues and her peers, and she’s also a passionate advocate for women and a role model to so many of us,” commented CNN’s Erica Hill, who emcee’d this afternoon’s luncheon. 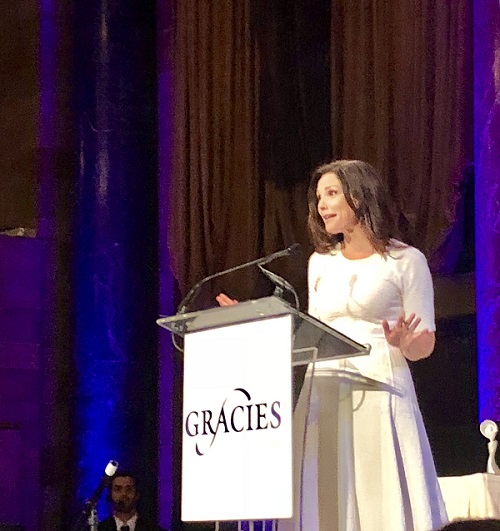 CBS Sunday Morning host Jane Pauley, a Gracie winner herself, then introduced her good friend Woodruff, saying “Judy has always been in the midst of the action, and she still is.” 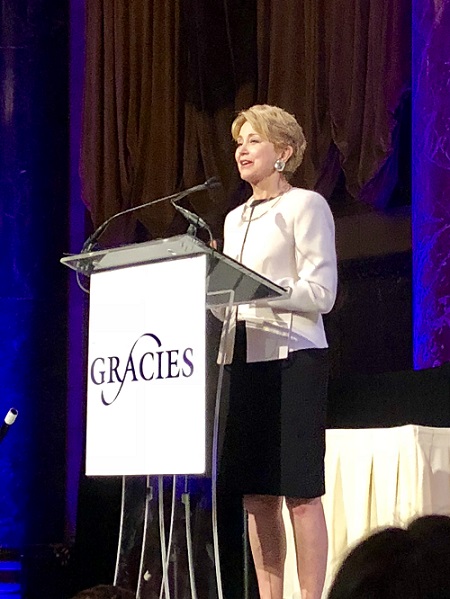 Woodruff was joined by colleagues including NewsHour anchor/senior correspondent Hari Sreenivasan and NewsHour ep Sara Just, who she thanked them for their support. She thanked the Foundation for the award, gave a shout out to Pauley, who said how thrilled she is to have her back on television full-time hosting Sunday Morning. She would later compliment all of the award winners, including the young women and students in attendance.

Woodruff mentioned the late Gwen Ifill, saying it was “the privilege of my life” to co-anchor NewsHour with her. She also spoke more broadly on the role of the media. “At a time when journalists are being attacked for doing our jobs, we have to stand up for honest reporting, and make clear that the press’s role is to hold those in power accountable,” she said. “We need more people of color in the media, we need more diversity, we need to look more like America, be like America, and we need to give everyone a chance to excel.” 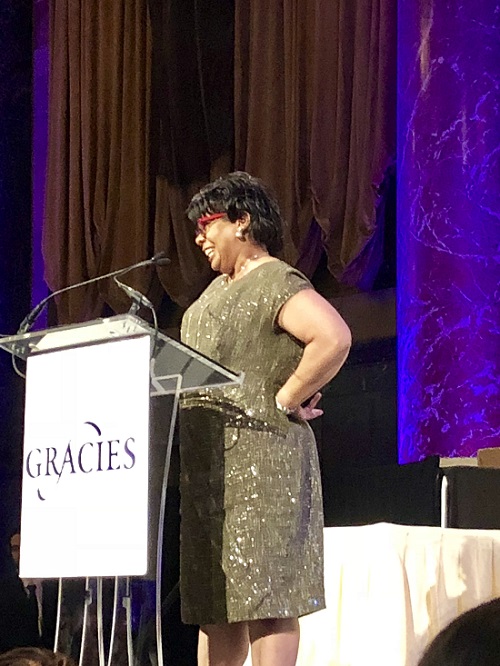 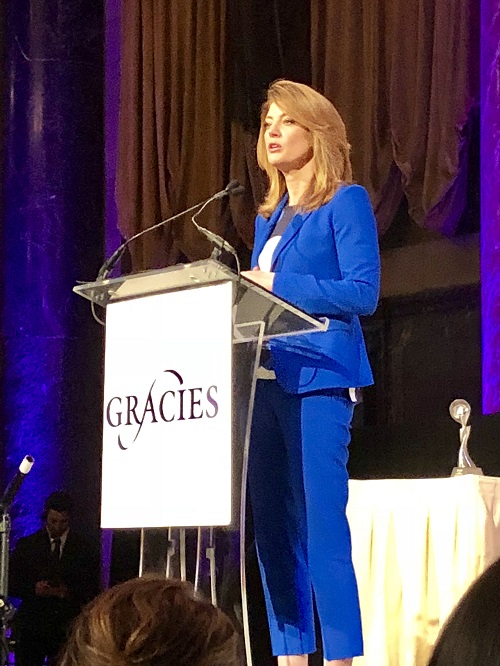 O’Donnell talked to us during the luncheon about her Profiles in Service series, which will continue on Friday’s CBS This Morning broadcast.

“Highlighting people doing extraordinary things that you might not know about,” O’Donnell said of the series. She was inspired to do it after learning about Simone Askew, the first African American woman First Captain at West Point. She was recently named a Rhodes Scholar.

Below is O’Donnell walking across the Brooklyn Bridge on “a really thin pipe” for a Profiles in Service segment profiling detective Tina Guerrero, the NYPD’s first female counter-sniper. “I’m not scared of heights,” O’Donnell asserted to us. You can judge for yourself when the segment airs on Friday morning.

Proof I’ll do just about anything to tell a good story … More on @cbsthismorning Friday. It’s part of our “Profiles in Service” series. A special thank you 🙏🏼 to the @nypd 📷: @erinhoran and @laurengalippo

But the star of the afternoon was Woodruff, “I have been doing this for a long time, but somehow I have as much passion for what I’m doing today as I did when I started,” she remarked. “It may have something to do with the current news environment. But whatever it is, I pinch myself when I think how lucky I have been to have worked with the news organizations I’ve worked with..I have been so blessed.” 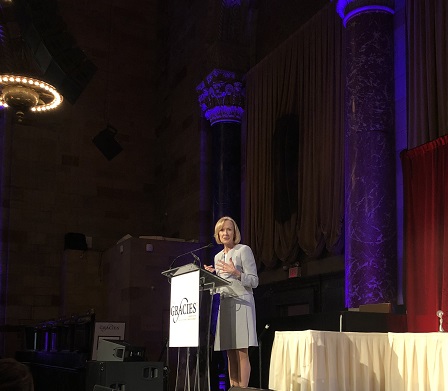