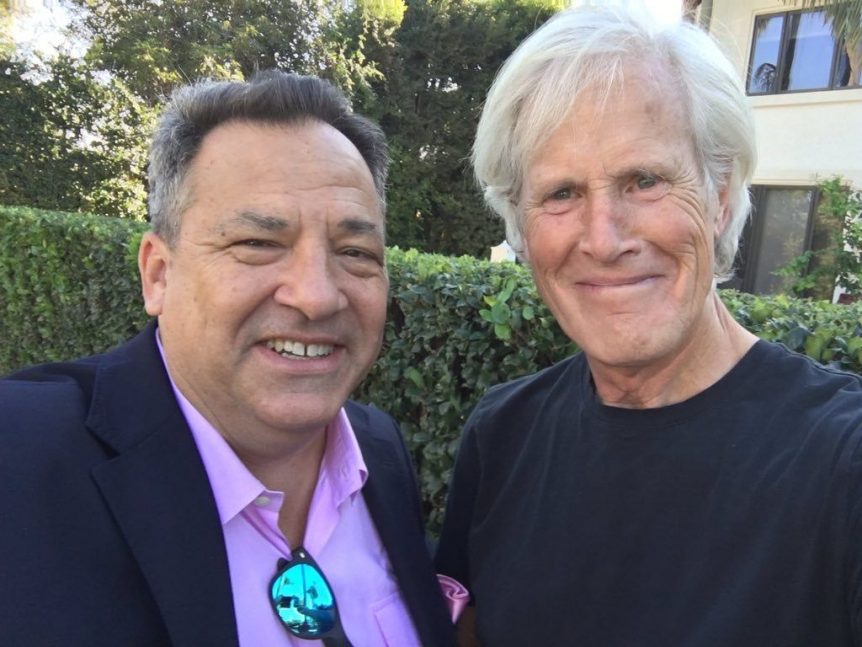 If you follow Dateline and its social media accounts closely, you’re acutely aware the newsmagazine boasts a roster of celebrity fans, including Taylor Swift, Demi Lovato, Bill Hader, Kristen Bell and many more. But NBC’s longest-running primetime program—which embarks on its 30th season this coming Friday at 9 p.m. ET—has also attracted millions of everyday Americans each week since 1992. They watch the show consistently, listen to its podcasts, flock to CrimeCon to get a photo with the correspondents and engage with the show in various other ways.

To mark the 30th anniversary of Dateline, we spoke with Josh Mankiewicz and Keith Morrison, two of newsmagazine’s longest-tenured correspondents (they joined in 1995—the year after Dateline expanded to a third night, Fridays). They told us how Dateline has evolved over the years, starting in the ’90s when the show aired up to five nights a week, as well as how the pandemic influenced their journalism and how much longer they each plan to remain on the show. Morrison even provided us with a Mike Wallace anecdote.

TVNewser: Dateline launched in 1992, and you two have been correspondents for nearly the entire time. From your respective standpoints, how show has evolved over time, and why it has remained so popular over the years?

Mankiewicz: We’ve done a good job of changing and adapting. When we started, we were doing four, five, six different stories in an hour. Now we’re doing single-subject hours. We weren’t doing a lot of crime at the beginning, but now we cover true crime at a time when people seem interested in that. As we go forward, now we’re evolving into podcasts and streaming and other ways in which people are getting things delivered to them. I think we’ve done a good job of adapting and we’ve matched what the audience is expecting and hoping from us.

Morrison: I continue to be amazed by the appetite for true crime stories. You can find them everywhere now. When we started, it was kind of an unusual thing to do, an hour on a crime story. Now, they’re everywhere.

Mankiewicz: One reason they’re everywhere is that we’ve been so good at it, and we’ve had a lot of people following along.

Morrison: Well, you’ve been good at it, Josh. I’ve just been following along.

Dateline used to air multiple nights a week, peaking at five nights a week in 1999. What was dealing with all of those editions of Dateline like? Did it seem overwhelming at the time, or is it a time you both look back on fondly?

Morrison: I look back on it very fondly, and it was extraordinarily well-managed. It was a push all the time; you’re on it in a hurry to get something done and get it on the air. That’s how I think the program developed: its ability to move fast, and get things done accurately and well, and developed a staff of producers, senior producers, line producers and editors who are second to none in the industry. That is what has really made this program. 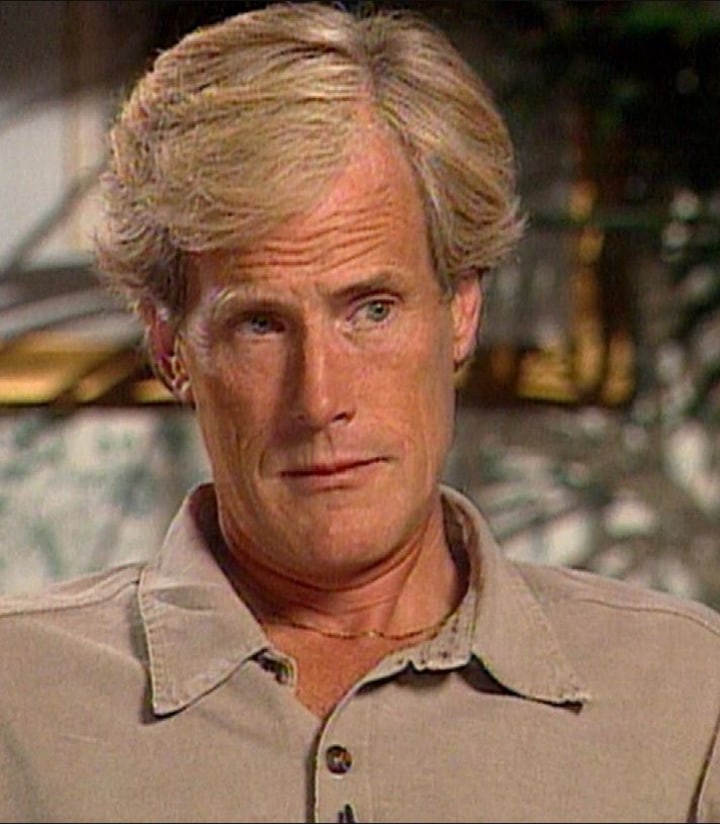 Mankiewicz: The reason we’re still here for 30 seasons is because of the people you don’t see on Dateline. Back when we were five nights a week until now, it has always been this well-oiled machine and everybody pulls together in the same direction, and that makes getting all that programming on the air so much easier. Back in the ’90s, I had never been on airplanes as much as I was. It was endless, and you were constantly cranking out several stories at a time on a variety of different topics. It was frenetic, but it was fun. It was great.

How has the pandemic influenced your production process?

Morrison: It certainly has influenced everybody’s method of working. We have figured out a way to do it in a way that I think is quite satisfactory for the program and has surprised ourselves a bit along the way. The vast majority of our interviews are done remotely, but with first-quality camera crews at either end, and the best technology for mixing these two things together. There’s a crackerjack staff of producers who are out around the country. They’re shooting things. That makes a difference. There’s an intimacy in those remote interviews, which I found surprising at the beginning. You can be thousands of miles away, but it’s like the person is sitting four or five feet away from you.

Mankiewicz: It’s definitely possible to do a good interview remotely. For me, there is no substitute for sitting across from the person. You read them better, you can see their affect of body language. But also, people are nervous, which they frequently are when they’re appearing on Dateline. It’s much easier to calm them down when you’re in the same room. That wasn’t an option for a long time and we have forged on. Nothing stops Dateline. 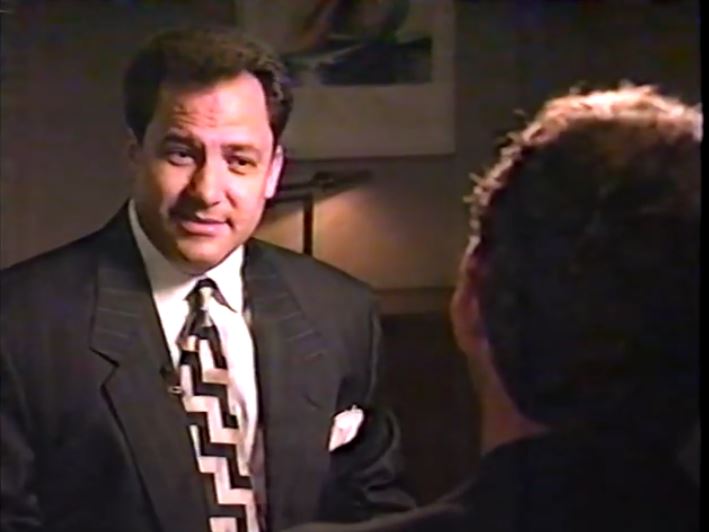 There’s been a good deal of talk recently about the Gabby Petito case and how people of color don’t get anywhere near as much attention when they go missing. Is that something you guys have been thinking about?

Morrison: We’ve been thinking about this for 20 years. Every single time there’s a Gabby Petito-type of case, social media jumps all over those stories like crazy. It’s a trope that’s been around in human storytelling for centuries: “Little white girl goes missing, the whole community gets excited, and then tries to figure out will it end well or badly?” Disney has made billions on that story idea. Yes, it’s out there, and I think we have tried pretty darn hard over the years to represent stories that don’t get the kind of attention that they should get. Believe me, there are lots out there—lots of cases that should get more attention, yes.

Mankiewicz: First of all, [Dateline correspondent] Andrea [Canning] did a story a couple of weeks ago about Native American women, which is a tremendously under-covered group.

Back in 2005, I did a story about how we don’t cover black people the way we cover white people. We did a lot of stories back then about Laci Peterson and Natalee Holloway. I found another woman named Tamika Huston, who disappeared in a similar way but her disappearance couldn’t attract any attention from any of the cable networks or broadcast networks, including Dateline. Even though her circumstances were remarkably similar. Eventually we ended up with a story about that phenomenon, and then we ended up covering what happened in Tamika’s case as a story. So, this is something we’ve been talking about since 2005.

Are we going to see more stories featuring people of color going forward?

Morrison: I think if anybody went and looked back over the course of the last few years, they would discover there are more than you would think. I think we consciously are striving to make the balance better all the time.

Speaking of story selection, what’s a standout Dateline moment or story for each of you?

Mankiewicz: A couple of years ago, a friend of mine was murdered in Phoenix. I went there to go to his funeral, and I ended up doing a story about not just his murder, but the larger case that sort of brought it about, which was a domestic violence case that over the years had ended very badly, with this guy tipping over and wanting to kill everybody who he perceived had wronged him, one of whom was my friend. We were able to interview the woman at the center of the story, who unquestionably would have been killed too, except she had done a pretty good job of hiding herself. We ended up telling this story of domestic abuse really from the inside. Alongside that was the murder of my friend and a couple of other people who had the bad luck to be at the wrong place at the wrong time. That story has stood out for me.

The other one that stood out for me is the one I talked to you about, which we did back in 2005 about how we don’t cover missing people the same. This is still true. I looked it up the other day, and most of the missing people in the United States are men, not women. A much larger chunk of the missing are minority than the population at large, but those people are not getting nearly enough of the coverage.

Morrison: Again, it goes back to that old story. Social media is very quick to jump on those things, and they become huge instantly online. Then, broadcast networks either catch up with that or they counterprogram and try to do something that’s more true to the actual reality of life on Earth.

How long do you think Dateline can go on for, and how long would each of you like to continue with the show?

Mankiewicz: I’m going to continue until security escorts me out of the building (laughter). I’m hoping for a long time.  We have done a great job of adapting. People are listening to our podcasts, people are watching us on Peacock now. Dateline remains a great place to be.

Morrison: It’s tremendously interesting work and the opportunity to do it is such a privilege. Why would you quit when you can keep on going?

I remember I got to interview [the late 60 Minutes correspondent] Mike Wallace when he was still working on 60 Minutes and he was pushing 80. Different place, different time, interviewing him for something else altogether. I asked him about that: “How long can you keep doing this? Why don’t you retire? You’ve got lots of money, established your reputation don’t need to do anything else…” He got quite mad at me. He said, “If I take that question seriously … I’m doing something that I love more than anything else I’ve ever done in my life. Every morning I get up and I’m happy to be at 60 Minutes, and you’re telling me I should quit!?” 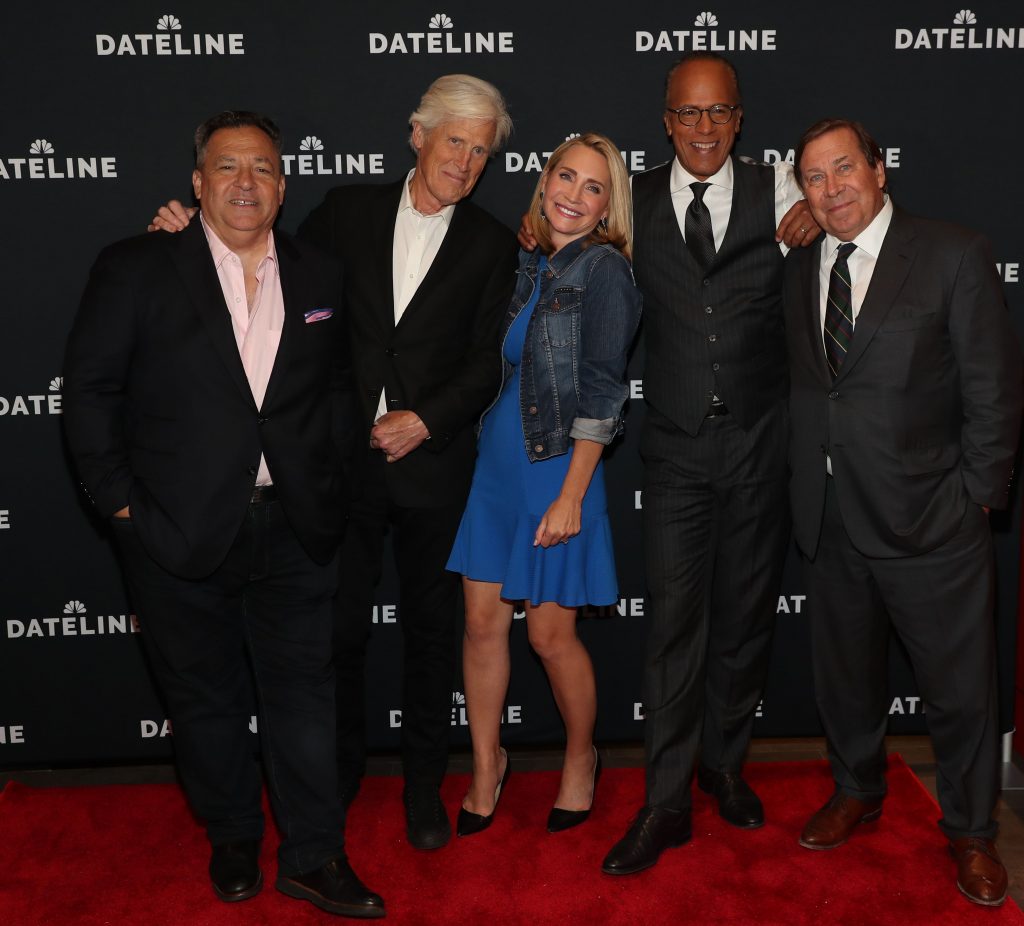