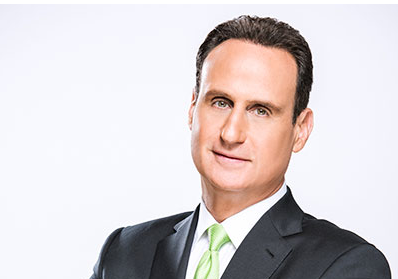 One of NBCUniversal News Group’s most versatile on-air personalities, José Díaz-Balart will officially make his return to MSNBC later this month to host the 10 a.m. hour of MSNBC Reports. Díaz-Balart is no stranger to the MSNBC audience, having anchored MSNBC dayside from 2014-2016.

“I’m privileged to anchor MSNBC’s 10 a.m. hour to report on the issues that matter to all communities across America,” Díaz-Balart said in a statement. “It has been my honor to serve as the anchor of Noticias Telemundo where we rigorously cover the most important news for the Latino community. I look forward to this unique role where I can reach different audiences in English and Spanish across the NBCUniversal News Group.”

In addition to MSNBC’s 10 a.m. hour, Díaz-Balart will continue to anchor NBC Nightly News Saturday. However, he will move on from his current role as anchor of Telemundo’s nightly newscast Noticias Telemundo at the end of the month. Díaz-Balart isn’t leaving Telemundo entirely. He will anchor monthly specials and breaking news events for the Spanish language network.

MSNBC president Rashida Jones added: “José is one of the most trusted names in news, and I’ve been a longtime admirer of his work. I had the pleasure of working with José in the past, most recently for the presidential debates. His expertise in politics, passion for his craft, and commitment to getting the story right come through every time he’s on air. I’m excited for him to bring that back to the network on a daily basis.”

A groundbreaking pioneer in the news industry, Díaz-Balart was the first journalist to anchor two different evening newscasts on separate broadcast networks in English and Spanish when he took over the Saturday edition of NBC Nightly News in 2016.

Díaz-Balart will continue to be based in Miami.

In light of this move, Hallie Jackson will move to the 3 p.m. hour that’s currently held by Ayman Mohyeldin.