NEXT:Week of May 9 Evening News Ratings: World News Tonight Remains No. 1 as All 3 Major Newscasts Lose Viewers
PREVIOUS:Week of May 9 Morning Show Ratings: GMA Marks Back-to-Back Weeks at No. 1 Among Adults 25-54 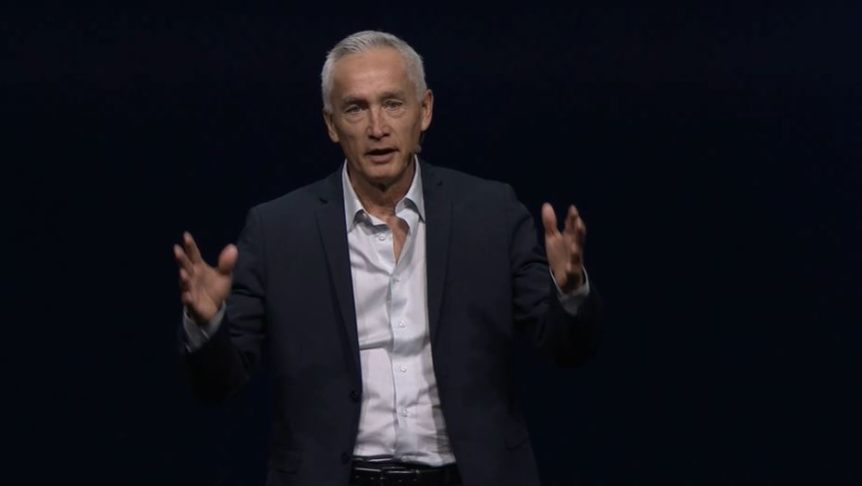 Not long after the veteran media executive presented and performed, Noticiero Univision anchor Jorge Ramos appeared on-stage. No, Ramos didn’t Salsa dance, but he did speak about the news division’s connection to the Latino audience—and interviewed legendary musician/producer Emilio Estefan.

“Through the years I’ve had the honor of sitting across from presidents and world leaders, controversial figures and celebrities, but the greatest privilege I have is serving the community that I belong to and I love,” said Ramos. “Our viewers trust us because they see themselves in our news programming. We know them, we really understand them, we see them and we are them. Whenever they need us, they can count on Univision News because Siempre A Tu Lado, Always By Your Side.” 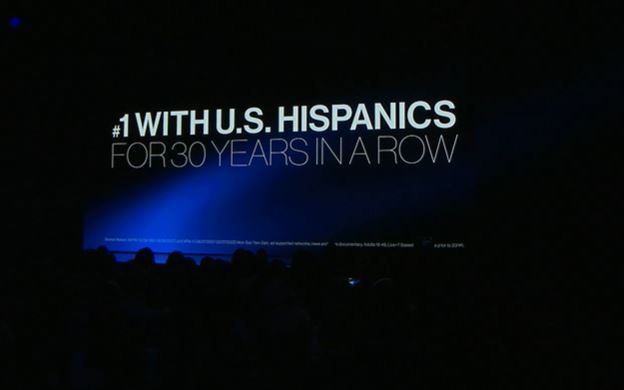 After the sizzle, Ramos introduced Univisionarios, a program “that shines a well-deserved light” on scientists, educators, interpreters, politicians, artists and advocates.

Legendary Cuban-American musician/producer Emilio Estefan appeared on stage for a brief chat with Ramos about the program and Hispanic-American representation, including how much has changed since the ’80s—when Univision was young—and Estefan’s Miami Sound Machine was in full-swing.

“At the beginning there were a lot of role models, but nobody knew what the Latino community was doing for people. Now, with Visionaries, we’ll be able to showcase the amazing contributions of Latinos when it comes to politics—and a lot of things to help,” said Estefan. “The door is open now for a new generation—and I’m so glad Univision supports that and now we’re competing with all of the television networks. We’re proud and I think we’re going to get bigger and bigger.” 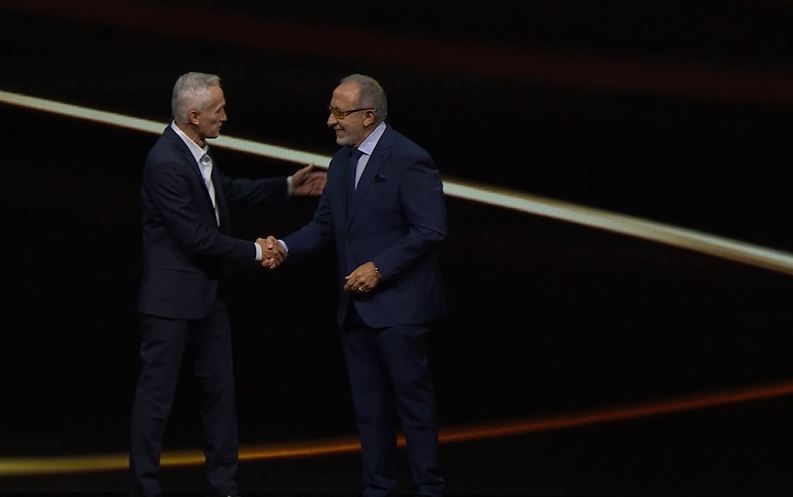