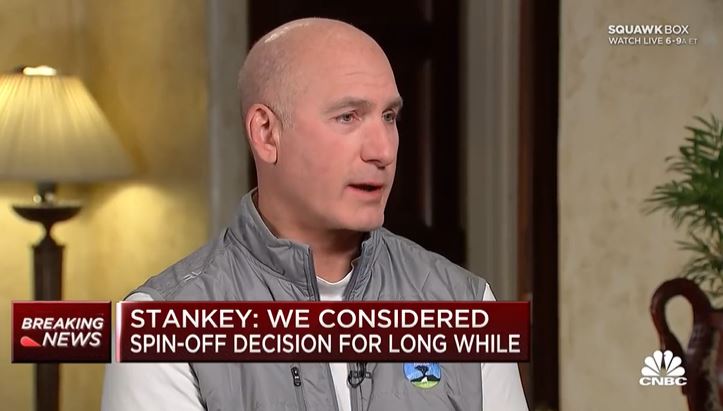 Stankey was asked about the resignation of CNN Worldwide president, WarnerMedia News & Sports chairman Jeff Zucker earlier this week after he disclosed that as part of the Chris Cuomo investigation, he was asked about and admitted to a “consensual relationship” with his longtime colleague, Allison Gollust, who is CNN’s evp, chief marketing officer and chief spokesperson. Zucker and Gollust, both divorced, have known each other and worked closely with one another since their days at NBC News.

“I acknowledged the relationship evolved in recent years. I was required to disclose it when it began but I didn’t. I was wrong,” Zucker wrote to staff Wednesday.

WarnerMedia CEO Jason Kilar then demanded that Zucker resign, so resign he did.

Stankey responded by saying it was Jeff’s decision to resign. “It’s an unfortunate set of circumstances … these are the hardest decisions anytime you get involved in a personnel situation,” he said.

Stankey’s statement that it was Zucker’s decision to resign seems to go against a recording that had been leaked from Kilar’s meeting at CNN DC. Andrew Ross Sorkin pointed that out.

Sorkin: We’re running a banner here that says Jeff Zucker made the decision to resign based on what you just said. However, Jason Kilar was recorded having a conversation with the staff at CNN in Washington where it was clear that it was not Jeff Zucker’s decision and in fact, not only was it not as decision when he was he was effectively pushed. He apparently wanted to stay for another week or two or three and was told he couldn’t. So, can you just, just try to square the reality of this? It’s he may technically have resigned insofar as he said, I’ll resign rather than you technically fire me, but clearly, he was pushed to do this. Can you just speak to that and also speak to the fact that Allison Gollust is still in her job and how you think about the distinction between those two?

Stankey: Andrew again, first of all, I wasn’t involved in any of the discussions in Washington, DC so I can’t speak to what was said or what the characterization of it is because I’m not familiar with it. Jason, you know, certainly has his point of view or I’m sure had a conversation. I’m not going to comment on the personnel issues. Allison, her circumstances are different and I don’t want to get involved in discussing her situation either.

There have been a wave of reports over the last 24 hours about how some high-profile CNN talent and executives are angry at Kilar and AT&T/WarnerMedia upper management about Zucker’s abrupt exit and how it was handled. Stankey addressed that, saying, “I know Jeff had a tremendous following within CNN and there are a lot of people who are incredibly loyal and supportive of him. That makes it hard for those individuals,” adding, “However, when I step back and think about what Jeff’s been able to accomplish over nine years, you can’t take that away from him. He’s been very strong leader at CNN, but there’s a lot of people at CNN who make that success possible—and I think even Jeff himself talks about the fact that it’s the team that makes the difference there.”

Stankey also touched on CNN+, which he says is about ready to come to market. “They’ve got a great product in store and I think it’s going to start to drive some innovation,” adding, “I think the best days of CNN are still in front of it.”

AT&T is spinning off WarnerMedia to Discovery within the next few months, and Discovery chief executive David Zaslav will be leading a new company named Warner Bros. Discovery. Zaslav is in Pebble Beach for the annual Pro-Am as well and was asked by Sorkin about Zucker’s exit and how CNN will fit into the new company. Zaslav and Zucker have known each other for decades.

On the Zucker part of the question, he steered clear. “Jeff is a good friend of mine. I can’t speak to this issue. We don’t own the company yet. We’re not involved in any of that.”

Zaslav was pressed about whether Liberty Global chairman John Malone, Discovery’s top shareholder and a CNN/Zucker critic, played any role in the CNN chief’s exit. Zaslav responded, “None of us has anything to do with it.”

However, Zaslav did speak about CNN+, and is quite bullish on the product, telling Sorkin, “We couldn’t be more excited about the fact that they’ve been hiring great journalists. CNN has the greatest group of journalists in the world. It’s the only global newsgathering news organization in the world. We’re already in the news business. We believe in it. We think it’s a huge differentiator and it’s something that for the long-term is going to be a fantastic asset for us.”

Zaslav added: I haven’t gotten a business review on what CNN+ is going to be and how it’s going to be offered. I’m looking forward to it, and I think directionally it’s absolutely what we need to do. The objective what be CNN would be seen everywhere in the world on every device. People would get up in the morning, and they’ll turn to us about what’s going on in their country, and what’s going on around the world. 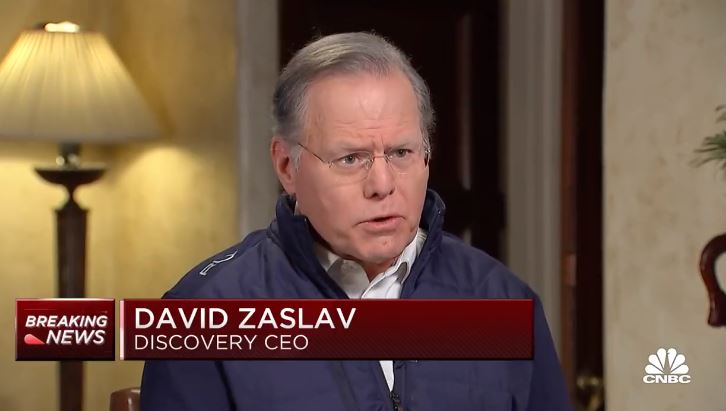