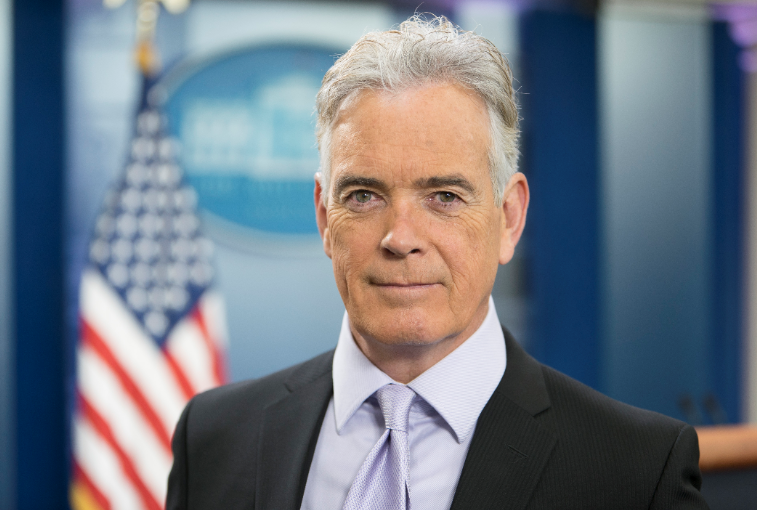 Fox News viewers should expect to see more of John Roberts on their TV screens covering the White House for the foreseeable future.

“John is one of the best journalists in all of news. His extensive reporting, featuring decades of experience and exceptional journalism skills at the White House and on the campaign trail during an unprecedented year, have contributed to the network’s unrivaled political coverage at a key moment in time,” Scott said in a statement. “We look forward to his continued contributions for many years to come.”

Roberts added, “I am honored to continue reporting the latest news stories emanating out of Washington and look forward to serving our millions of viewers at home and across the country at this critical juncture.”

Before being named FNC chief White House correspondent in December 2016, Roberts served as FNC’s senior national correspondent based in Atlanta. He has covered every presidential election since 1996, including the 2020 cycle where he has been reporting on President Trump’s campaign as well as the coronavirus pandemic at the White House.

Prior to joining FNC in 2011, Roberts was the co-anchor of CNN’s American Morning. He also served as CNN’s senior national correspondent and as anchor of This Week at War, the network’s program examining international wars.

Before joining CNN in 2006, Roberts spent more than 14 years with CBS News, where he served as chief White House correspondent and chief medical correspondent (Roberts has said he had wanted to become a surgeon before moving into TV news), and anchored the weekend editions of CBS Evening News and CBS Morning News. In this capacity, he was embedded with the U.S. Marines during the war in Iraq and co-anchored the CBS Evening News coverage of Hurricane Katrina and the death of Pope John Paul II. He also covered Hurricane Rita for CBS News in 2005.

Roberts began his career in his native Canada, where he worked as an anchor and correspondent for City TV in Toronto and also co-anchored CTV’s long-running morning news program, Canada A.M., from 1990-1992. Canada A.M. came to an end in 2016 after a 43-year run.