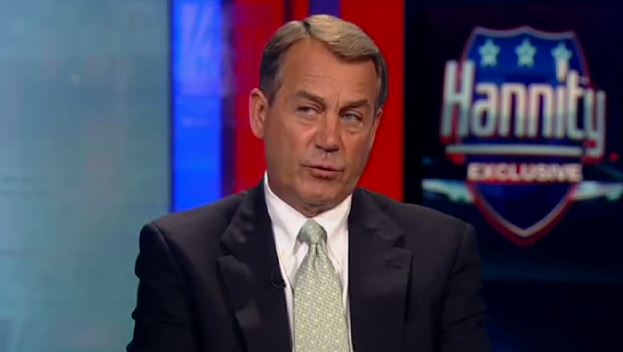 Former Speaker of the House John Boehner sat down with Politico Magazine for an in-depth profile about life after Congress, and 25 years in it. Boehner didn’t hold back when it came to Trump, Obama, political polarization, the left, the right, the far right, and the media.

“People thought in ’09, ’10, ’11, that the country couldn’t be divided more,” Boehner says. “And you go back to Obama’s campaign in 2008, you know, he was talking about the divide and healing the country and all of that. And some would argue on the right that he did more to divide the country than to unite it. I kind of reject that notion. Because it wasn’t him! It was modern-day media, and social media, that kept pushing people further right and further left. People started to figure out…they could choose where to get their news. And so what do people do? They choose places they agree with, reinforcing the divide.”

“I always liked Rush [Limbaugh]. When I went to Palm Beach I would always meet with Rush and we’d go play golf. But you know, who was that right-wing guy, [Mark] Levin? He went really crazy right and got a big audience, and he dragged [Sean] Hannity to the dark side. He dragged Rush to the dark side. And these guys—I used to talk to them all the time. And suddenly they’re beating the living shit out of me.” Boehner, seated in his favorite recliner, lights another cigarette. “I had a conversation with Hannity, probably about the beginning of 2015. I called him and said, ‘Listen, you’re nuts.’ We had this really blunt conversation. Things were better for a few months, and then it got back to being the same-old, same-old. Because I wasn’t going to be a right-wing idiot.”

Hannity responded on Twitter Sunday: “John were you sober when you said this? That conversation never happened. I’m sorry you are bitter and u failed!”

One more media bit from the Boehner interview about his meetings with former Fox News CEO Roger Ailes: “I never went to New York without seeing Ailes. He and I were friends. But it was the most bizarre meeting I’d ever had. He had black helicopters flying all around his head that morning. It was every conspiracy theory you’ve ever heard, and I’m throwing cold water on all this bullshit.”