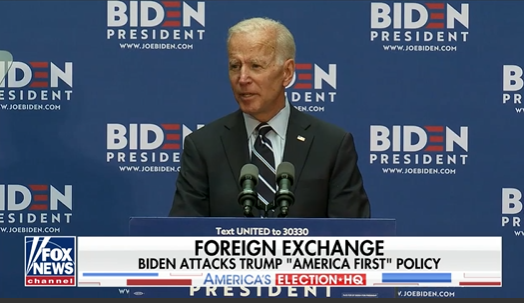 Speaking of Sunday shows, it was announced earlier today that former vice president and current Democratic presidential candidate Joe Biden will be interviewed by Fox News anchor Chris Wallace for this weekend’s edition of Fox News Sunday. This is Biden’s first Fox News interview this election cycle, and his first interview with Wallace since Sept. 16, 2007., when Biden was still running in the 2008 Democratic primary.

The sit-down will air the day after the South Carolina primary, and just two days before Super Tuesday, a day when voters from more than a dozen states will submit their votes for their candidate of choice in the Democratic primary race.

Political pundits, analysts and journalists have collectively deemed South Carolina a “must-win” for Biden. According to polls, he has been leading in the Palmetto State for a while now. However, Biden performed poorly in Iowa, New Hampshire and Nevada and trails Sen. Bernie Sanders in the general race for the nomination. Sanders is presently the frontrunner and has already won New Hampshire and Nevada outright.

Perhaps a sit-down in front of a Fox News audience will help Biden in some of those Super Tuesday states, with top prizes being California and Texas.