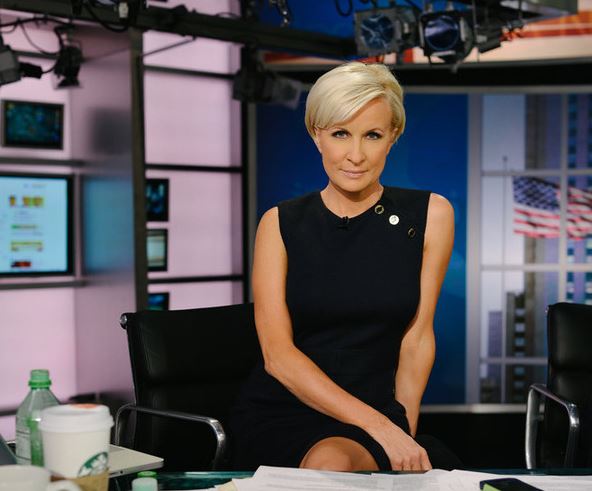 Willie Geist opened today’s Morning Joe telling viewers Joe Scarborough and Mika Brzezinski were supposed to take today off, they were going to be taking their kids to a Boston Red Sox/Minnesota Twins game last night.

“They stayed home to lay low and I called and asked them to come in this morning to address this, to talk about the tweets and the reaction to them so they agreed to do so,” Geist said. “I suspect we have some new viewers this morning,” Geist added, saying Joe and Mika will join their show at the top of the 7 p.m. hour for their first televised reaction. He also directing viewers to a Washington Post Op-ed Brzezinski and Scarborourgh wrote this morning, which fact checks Trump’s vicious tweets:

Mr. Trump claims that we asked to join him at Mar-a-Lago three nights in a row. That is false. He also claimed that he refused to see us. That is laughable.

The president-elect invited us both to dinner on Dec. 30. Joe attended because Mika did not want to go. After listening to the president-elect talk about his foreign policy plans, Joe was asked by a disappointed Mr. Trump the next day if Mika could also visit Mar-a-Lago that night. She reluctantly agreed to go. After we arrived, the president-elect pulled us into his family’s living quarters with his wife, Melania, where we had a pleasant conversation. We politely declined his repeated invitations to attend a New Year’s Eve party, and we were back in our car within 15 minutes.

Mr. Trump also claims that Mika was “bleeding badly from a face-lift.” That is also a lie.

The Op-ed continues: “The president’s unhealthy obsession with ‘Morning Joe’ does not serve the best interests of either his mental state or the country he runs. Despite his constant claims that he no longer watches the show, the president’s closest advisers tell us otherwise. That is unfortunate. We believe it would be better for America and the rest of the world if he would keep his 60-inch-plus flat-screen TV tuned to ‘Fox & Friends.'”