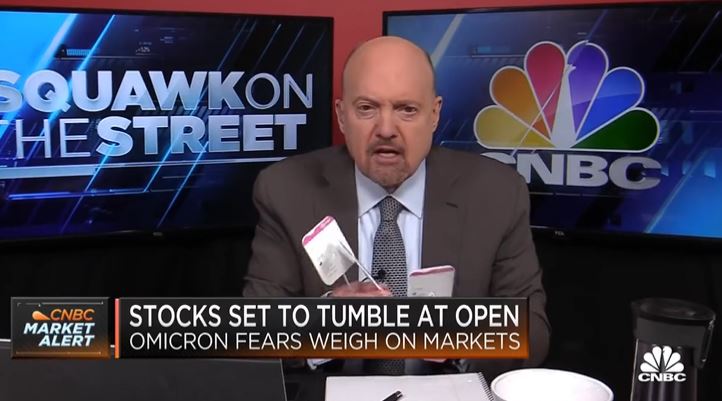 The Omicron variant continues to spread throughout the New York area and CNBC Mad Money host Jim Cramer announced in a series of tweets (and again with David Faber during Squawk on the Street) that he has tested positive for the coronavirus.

Cramer says he is “triple-vaccinated from Moderna” and seems to be feeling OK. While he would prefer to be in the office, he realizes that he is contagious and will host his 6 p.m. show from home this week, not from the network’s Englewood Cliffs, N.J. headquarters.

“I think the level of arrogance from people who think they know what’s going on is pathetic, and I think what’s happened is that it’s every man for himself, every woman for herself and all I can say is that I got triple-vaccinated—and I don’t know what would happen if you’re not vaccinated—but I would say that you probably aren’t as up and around as I am,” said Cramer.

Considering how rapidly this variant is spreading, chances are he won’t be the last TV newser to test positive over the next month.

.@jimcramer, who says he’s been triple vaccinated, announces he has tested positive for Covid-19. https://t.co/sjMYzd00Ll pic.twitter.com/b7SP3IZ2G1