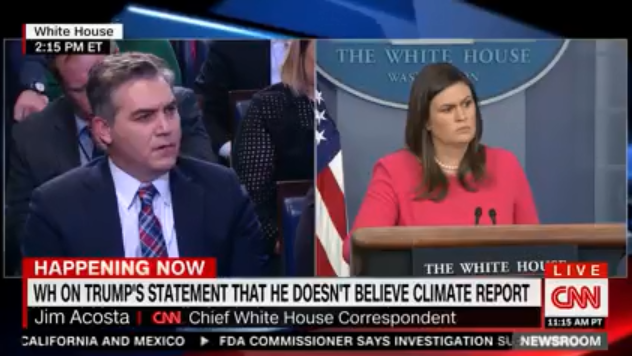 Sanders’ decision to allow a follow up from Acosta came as a bit of a surprise considering the White House also issued a list of written rules for behavior at White House press conferences, including allowing follow-up questions “at the discretion of the president or other White House official taking questions.” Journalists who failed to follow said rules would risk having their passes revoked.

The interaction between Acosta and Sanders was civil.

CNN tried something new today while Sanders was speaking, putting up a side panel at 2:12 p.m. ET which consists of a laundry list of facts about the U.S. Climate Assessment, which the President seems not to accept.

The panel appeared on the screen right after CBS News Radio correspondent Steven Portnoy asked why the president didn’t believe in the findings from the report.

PORTNOY: The president when asked about the economic forecast essentially said he didn’t believe it. the takeaway from many people is that the president doesn’t feel necessarily a responsibility to lead either in this country or in the world on climate change and preventing the calamity that your administration forecasts. do you agree with that view? and if not, why not?

SANDERS: The president is certainly leading on what matters most in this process and that’s on having clean air, clean water. In fact, the United States continues to be a leader on that front. Even Obama’s under-secretary for science didn’t believe the radical conclusions of the report that was released. And you have to look at the fact that the report is based on the most extreme modeled scenario which contradicts long-established trends.

Modeling the climate is an extremely complicated science that is never exact.

The biggest thing that we can do is focus on how to make sure we have the cleanest air, the cleanest water, and the president is certainly doing that and certainly leading on that front. 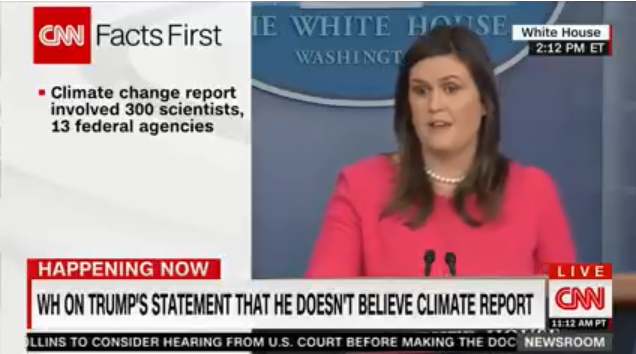 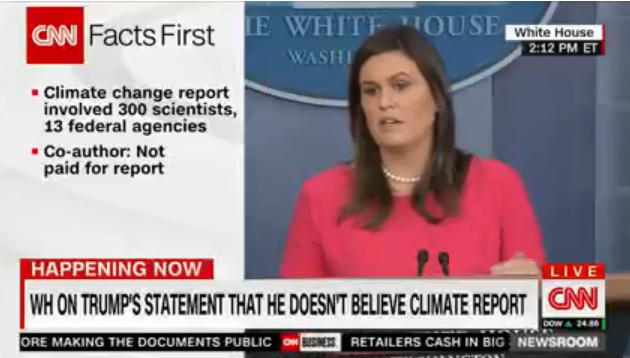 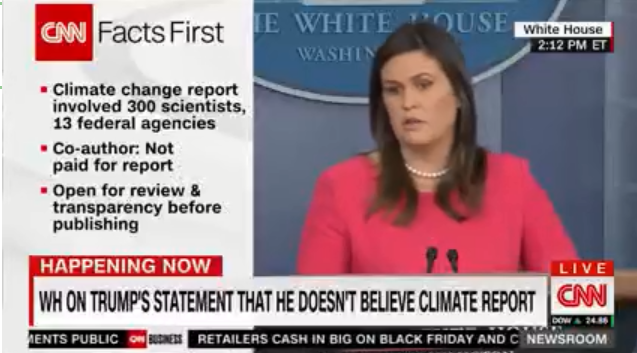 The panel was taken down after Sanders gave her response to the reporter’s question.

Interestingly, the side graphic was limited to Sanders’ remarks on the climate report, nothing else.