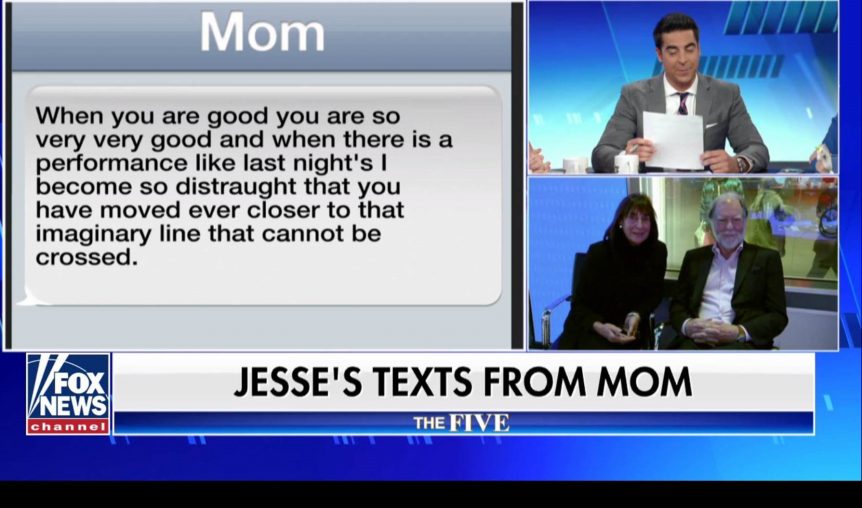 If you watch The Five, you’re aware that Jesse Watters and his mom fall on opposite sides of the political spectrum. Mrs. Watters also happens to be the star of The Five’s popular segment, Mom Texts, where Watters (the son) shows the audience and his co-hosts the texts his mom sends him during the program. They’re generally sharp, yet amusing critiques of his on-air performance.

Well, viewers (and co-hosts) of The Five were able to put a face to a text message this past Wednesday evening, when Mrs. Watters was in the building.