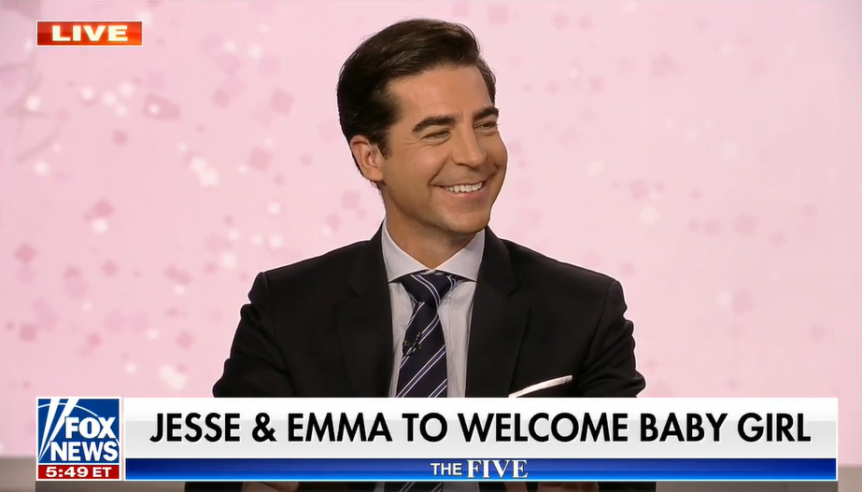 Jesse Watters announced Monday on The Five that his wife Emma is pregnant with a baby girl.

“She’s five months along, which I think is halfway through,” Watters proclaimed. “And she looks fantastic, you can’t even tell that she’s pregnant. And we have pink cupcakes.”

Earlier in the day, Outnumbered co-host Emily Compagno announced that co-host Kayleigh McEnany gave birth to her second child, a boy named Nash, this past Tuesday.

“Mom and dad are both doing great, and Nash is already a hit with his big sister, Blake,” said Compagno. “Congratulations Kayleigh and Sean!”