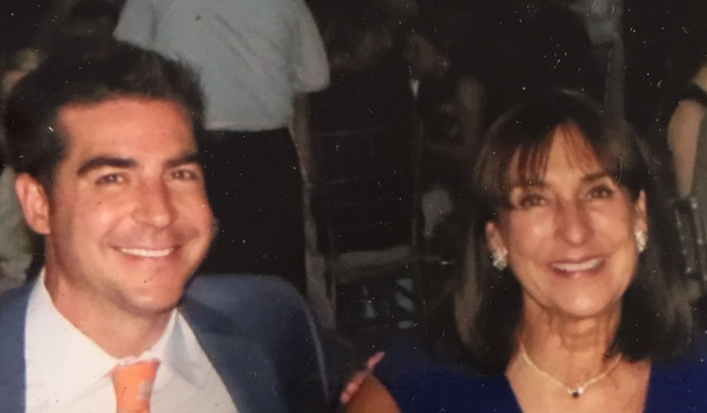 Fox News’ Jesse Watters leads an amusing segment on The Five where he shares text messages that his mom, Dr. Anne Watters, occasionally sends him while she’s watching the program.

Dr. Watters is a progressive who loathes Trump.

Mom and son, who called the Philadelphia area home for years, spoke with the Philly Inquirer‘s Rob Tornoe about the segment.

They told Tornoe that the idea for the segment came about when Dr. Watters began sending him her opinions via text when he first became a co-host on The Five in April 2017. He remarked that she “had a few cocktails” before sending those texts.

As Watters tells it, when The Five producers heard about the texts, the show launched the feature, Mom Texts. He told Tornoe that the segment was an immediate hit with viewers.

Tornoe spoke with Dr. Watters for the story, as well:

Quite obviously my opposition to Jesse’s politics and delivery can be fierce. Indeed, he has always been a challenge,” Anne Watters joked. “But this next statement should be self-evident: I love him constantly and unconditionally.

“The battle, however, rages on and the rules of engagement dictate that there are no knives held nor tears shed at our family dinners,” his mother added.