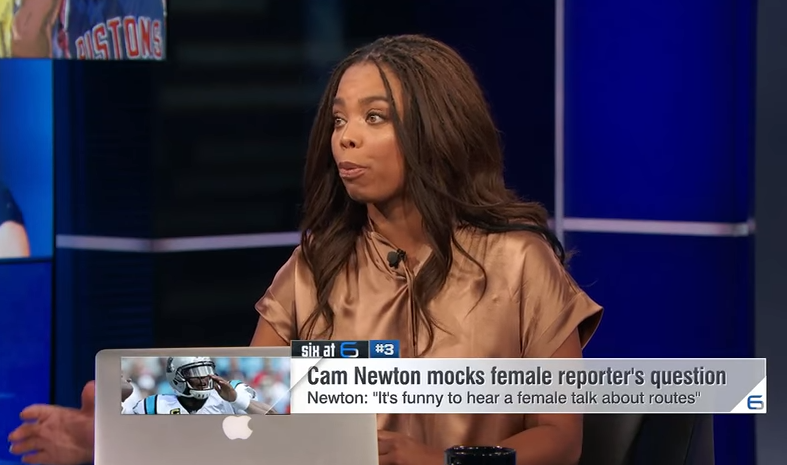 ESPN SportsCenter anchor Jemele Hill will be leaving the 6 p.m. edition of SportsCenter, named SC6 with Michael and Jemele, and will take on new duties with ESPN as a writer for The Undefeated and an on-air commentator.

Michael Smith, who together with Hill has hosted the 6 p.m. ET weekday SportsCenter since February 2017, will continue to host the hour. Hill and Smith will anchor their final SC6 together next Friday, Feb. 2. It’s not known if Smith will become the sole host of ESPN’s 6 p.m. SportsCenter, or if he will get a new co-host.

The outspoken Hill has come under fire in recent months for remarks she had made about President Trump. In September, she tweeted that he was “a white supremacist.” Hill was attacked by many conservatives for her comments, and even the White House called for her to be fired. ESPN decided not to take action at the time.

A month later, Hill took to Twitter to criticize Dallas Cowboys owner Jerry Jones for telling his players that they wouldn’t play if they did anything that was “disrespecting the flag.”

Hill suggested that those opposed to Jones’s comments should boycott the franchise’s advertisers.

That criticism garnered Hill a two-week suspension by the network.

Hill addressed her imminent departure from SC6 via Twitter this afternoon.

I have a few things to say … pic.twitter.com/tqEBXLajtp