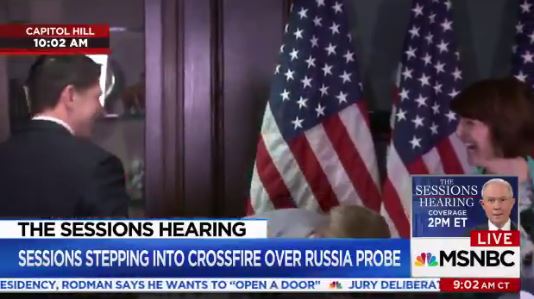 On her MSNBC show this morning, Hallie Jackson tossed to correspondent Garrett Haake who was about to report on Speaker of the House Paul Ryan‘s weekly news conference. But Haake’s live shot was interrupted by that very news conference when Ryan walked into the room.

“That’s right Hallie and you’re going to get that reaction right now, because here’s the Speaker. And we’re done,” said Haake. WATCH: