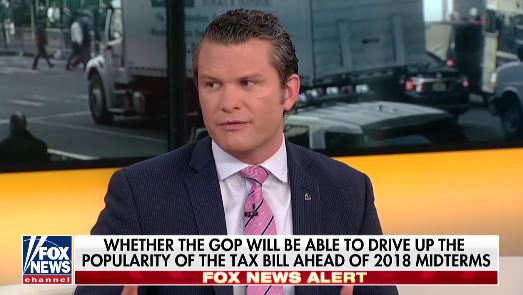 Pete Hegseth, co-host of Fox & Friends Weekend, may be tapped as the next Secretary of Veterans Affairs.

Current secretary, David Shulkin, has been under fire for using his office for personal reasons, including attempting to arrange for his wife to be a part of the Administration’s tip to the Invictus Games, in an effort to meet Prince Harry.

Hegseth has been a confidant of Trump’s, who watches his Fox News show and frequently calls him to discuss veterans’ policy. Hegseth has dined at the White House and, during an Oval Office meeting between Trump and Shulkin last week, the president called Hegseth to seek his counsel on pending legislation that would expand private care.

Hegseth, 37, is a veteran of the U.S. Army National Guard. He has been deployed to Cuba and Iraq. From 2007-2010, he was executive director of Vets For Freedom, while also working as a Fox News contributor. Trump has tapped other TV newsers for roles in his administration, including Heather Nauert and Larry Kudlow.