NEXT:Here's Who Did Advertise on Laura Ingraham's Show Tonight
PREVIOUS:Everyone's Got Opinions About Cable News Today (Actually, Pretty Much Every Day) 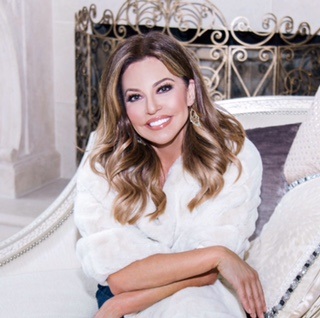 HLN Morning Express host Robin Meade is profiled by the Atlanta Journal Constitution. She talks about her first day at HLN (9/11/2001), her TV news career path and musical aspirations: “My longevity is due in large part to the folks who come in at zero-dark-thirty to make the mornings go smoothly … the show wouldn’t happen without them.”

Green Bay Packers, Los Angeles Dodgers, and University of Miami fan (and Meet the Press Moderator) Chuck Todd talks to Sports Business Journal about how President Trump has shaped opinions of the NFL.

“Trump was successful because the players and the owners don’t get along. Had that relationship been better, they could’ve said, ‘Wait a minute, we know what he’s doing here. He’s got a political problem and he’s using us to pave over it.’ But from Trump’s perspective, he won. If you don’t want him to have this influence, you have to suck it up and decide not to react.”

“I know personally how hard it could be to have to balance school with several jobs,” says Silva Conde, who was the first in her family to earn a college degree. “I received a few scholarships and obtained help, and that’s why I wanted to show my gratitude by doing the same. The students receiving the scholarships are exemplary men and women who will be the first in their family to graduate from college. We are changing their lives and their families as well. I am beyond proud of them.”