NEXT:ABC's Tom Llamas Gets an Exclusive Interview with First Lady Melania Trump in Kenya
PREVIOUS:Gretchen Carlson Will be Portrayed by Naomi Watts in Upcoming Showtime Series About Roger Ailes 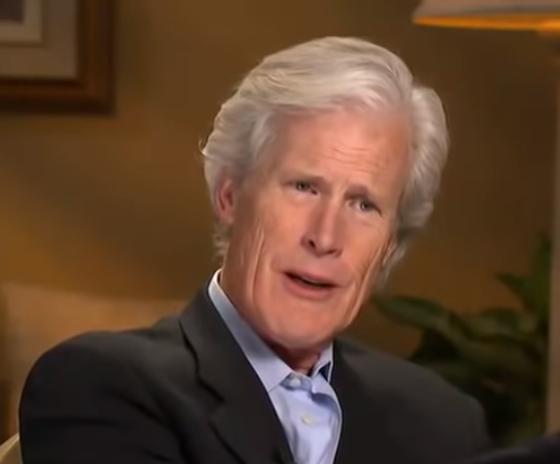 Dateline NBC correspondent Keith Morrison gets profiled by the Associated Press: “I’m happy to be anybody’s confessor, it doesn’t bother me… They’re trying to impress you. The most vicious of murderers wants to show he’s really a nice guy. He’s misunderstood and everybody got it wrong.”

CBS Evening News anchor Jeff Glor gets profiled by his hometown outlet, Greenwich Time. When asked to address the recent allegations at CBS, Glor told the outlet: “There’s no question the organization has gone through significant changes in the past few months…. I’m concerned with us putting on the best broadcast every night. Change has taken place, and is taking place. I’m confident in the folks I work with.”

Fox News anchor Martha MacCallum was the focus of Us Weekly’s “25 Things You Don’t Know About Me” online feature for Sept. 15: “I studied acting and directing at Circle in the Square Theater in NY after college.”

NBC’s Megyn Kelly spoke at Fortune’s Most Powerful Women Summit on Tuesday, and is featured in a four-page spread in the Oct. 15 issue of Us Weekly:

Here’s what she had to say at the Summit:

ABC Good Morning America Digital vice president and general manager Terry Hurlbutt participated in a Q&A with Forbes. When asked what her best advice for other young professional women would be, the digital exec said: “Your next job probably hasn’t been invented yet. New industries, new companies and new requirements within existing companies come up all the time. The best way to manage your own career amidst such change is to follow your curiosity, deliver your best results in every situation and trust yourself. Don’t be afraid to take chances — that’s how you find your best self.”

Fox News anchor Harris Faulkner is the focus of Success magazine’s My Way: 9 Things That Remind Me of My Potential feature. When asked for her favorite quote, Faulkner responded: “Always fluctuating depending on what I need to keep moving forward. This week, it’s from a takeout splurge I made recently and a remnant from that meal—a fortune cookie message that says, ‘My success is inevitable.’ Every now and then, it’s good to be reminded of our potential! It’s been in my wallet for a week.”