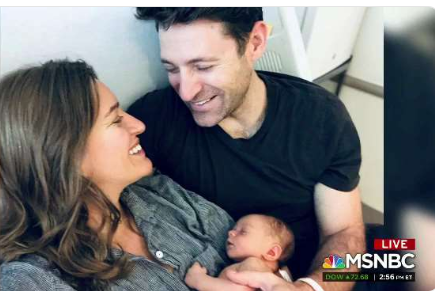 Esquire profiled new CBS This Morning co-host Tony Dokoupil. The story published on Monday, Dokoupil’s first day on the job. He recalls the April day when CBS News president Susan Zirinsky called him into her office to say she was revamping CBS This Morning—and wanted him to take on a bigger role.

“She was doing all this buildup with the show and with the vision and everything and then she was like, ‘I don’t think you’re understanding me. I want you to be the third anchor,’” he says. “I’m not given to touchdown dances here. I’m sort of like, huh, OK, let’s see. Yeah, I think I can do that.”

Tamron Hall is on the cover of People magazine this week, and sat down for an interview about motherhood, her new show and her February 2017 exit from NBC News: “When I left NBC, I said, ‘I look forward to the next chapter.’ People assumed that I meant work, and I did, but by the third month I knew that my life had to be about something bigger than work.”