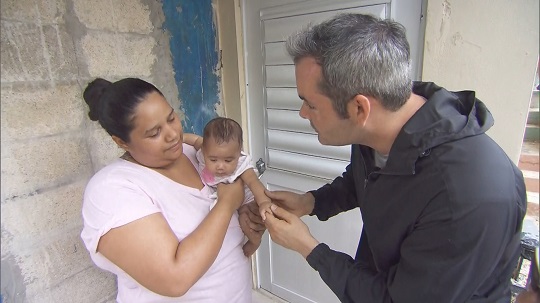 CBS’s David Begnaud talks with CJR about returning to Puerto Rico last week to report on the new Harvard study that estimated as many as 4,600 people died as a result of Hurricane Maria: “It’s not my job to say how other people should feel. But I believe that it should be a national story that continues and doesn’t fall off the front page. When our job has ended after certain assignments, I’ve tried to keep the story going.”

You think you know everything about Maria Bartiromo? Maybe not, as US Weekly lists 25 Things You Don’t Know about her, including: 17. My favorite movie of all time is The Sound of Music. It makes me happy. A close second is Rear Window. 19. My nickname growing up was Bullet because I was the fastest runner on the block. 24. I used to save all my coins in a jar to buy ice cream cones from Mr. Softee. It taught me early on the value in saving.

Dateline NBC correspondent Josh Mankiewicz talked with the Los Angeles Times about his father Frank, who was press secretary to Robert F. Kennedy, and broke the news that Kennedy had died nearly 24 hours after being shot at a campaign rally 50 years ago tonight. “I think my dad would’ve given anything to not be famous for the thing that made him famous. Once, I was traveling with him and we went to buy a newspaper at the airport before we got on a plane. And the woman who sold him the paper stared at him. All of a sudden she said, ‘I know who you are,’ and she started to cry.”