NEXT:6 Months In, Hoda Kotb Says the New Today Show Is 'Falling Into a Rhythm'
PREVIOUS:NBC News Shelves Another Accuser's Story of Sexual Harassment 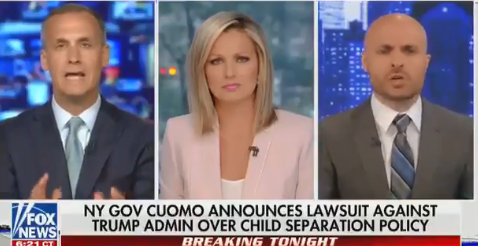 Multiple people have made derogatory remarks on Fox News as of late, and the network’s leader felt the issue needed to be addressed.

Politico’s Jason Schwartz reports that the new Fox News ceo Suzanne Scott summoned top show producers to a meeting last week, telling them that they need to be in control of their hosts and panelists.

Scott told the producers that they would be held accountable for anything said on their air, and that it was their job to head off any inappropriate remarks, according to two people with knowledge of the meeting. Appearing via video conference from Washington, D.C., to the group in New York, which also included programming executives, Scott read from a prepared script, explaining that she wanted to make sure she communicated her message precisely.

A Fox News spokesperson said in a statement: “As the CEO of the network, Suzanne Scott regularly leads executive and editorial meetings and she expects accountability from her senior staff, which is what all good leaders do.”

What really drove the decision to hold the meeting was what happened on Tuesday, June 19, when former Trump campaign manager Corey Lewandowski went on Fox News and did this:

.@Zac_Petkanas says on Fox News a 10-year-old girl with Down Syndrome was separated from her mother at the border.

Another former Trump campaign official David Bossie went on Fox & Friends last Sunday and told Democratic strategist Joel Payne, who is African American, that he was out of his “cotton-picking” mind to suggest that there were racist “dog whistles” coming out of the White House.

Fox News chief national correspondent Ed Henry, who was moderating the conversation, said after the commercial break: “I want to make clear Fox News and this show, myself, we don’t agree with that particular phrase. It was obviously offensive, and these debates get fiery. That’s unfortunate.”

A FNC spokesperson previously denounced Bossie’s comments as “deeply offensive and wholly inappropriate,” and The Daily Beast reported earlier this week that Bossie has been suspended for two weeks in light of the racist remark.