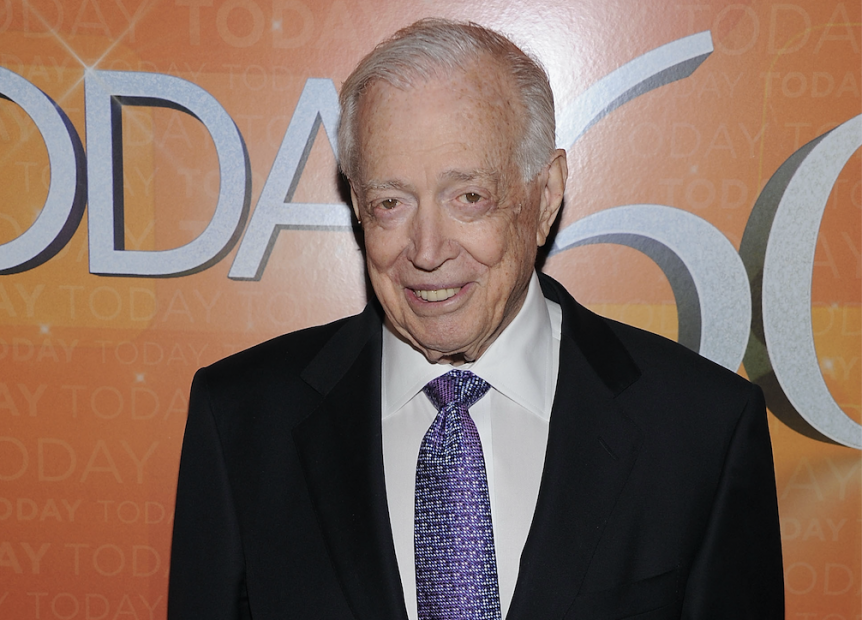 Downs began his network TV career in 1954, joining The Home Show on NBC. In 1957, he helped launch The Tonight Show with Jack Paar, and in 1958 began hosting daytime game show Concentration. In 1962, Downs began a nine-year run as co-host of the Today show.

Born in Akron, Ohio, Downs got his start in broadcasting as a radio announcer in Lima, Ohio. After college and military service in the U.S. Army, he joined WBKB TV (now WBBM) in Chicago as a staff announcer where he met his wife Ruth. Ruth Shaheen Downs died in 2017 at age 95 at the couple’s home in Scottsdale, Ariz. Hugh Downs was by her side. The couple co-authored a paper on successful relationships. They were together 75 years at the time of her passing.

Downs earned a post-master’s certificate in gerontology from Hunter College in New York City. He and Ruth were benefactors of higher education. The Hugh Downs School of Human Communication at Arizona State began in 1978 as part of the Department of Communication in the College of Public Programs.

In this video, from a 2011 symposium at the School, Downs talks about the importance of good communication.