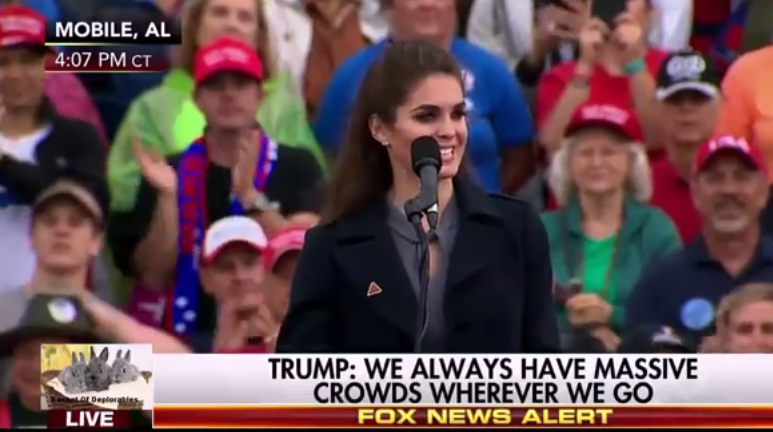 We’re in a time machine back to 2017-2018 this morning. Sean Spicer is back in the news today, with the announcement that he’s getting his own show on Newsmax TV, and now Hope Hicks is reportedly returning to the Trump administration.

According to multiple outlets, including Bloomberg News, Hicks will be returning to the administration, but not in a communications-focused role. Instead, she will return as counselor and senior advisor to President Trump, and doing projects with Jared Kushner and White House political director Brian Jack.

Hicks, the former White House communications director, resigned from the administration almost 2 years ago to the day, Feb. 28, 2018, a day after testifying before the House Intelligence Committee. Eight months later, she was hired by Rupert Murdoch‘s Fox Corp. as communications chief for the then-new company. She has run comms for Fox Corp. since the merger with Disney.

In her role at Fox, Hicks led communications strategy for the company and its chief executive, Lachlan Murdoch.

Hicks had been named White House Communications Director in August 2017 following the short-lived tenure of Anthony Scaramucci, who was fired less than a week after taking over the role. In fact, Hicks was Trump’s fifth White House communications director.

She was part of the Trump team from the start of his presidential campaign, and and was considered one of Trump’s most trusted advisors.

Looks like that relationship remained strong during the ensuing 2 years.