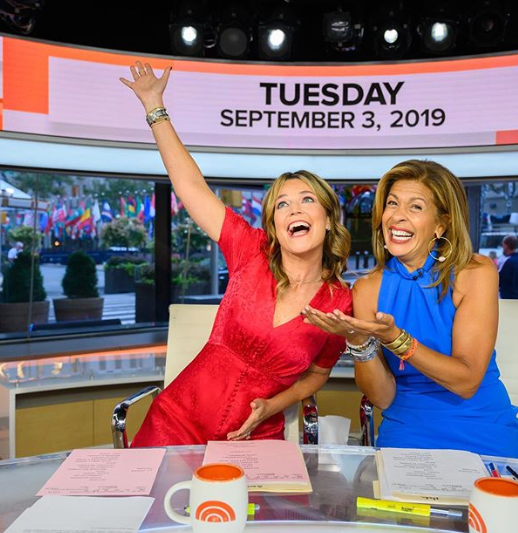 This morning, after what had been almost five straight months off the air, Hoda Kotb returned to Studio 1A and Today.

And boy was she psyched about it.

It’s may not be Christmas morning.. but it sure feels like it! Can’t wait to unwrap this day with my @TODAYshow fam !!! Nice to be back!!!❤️ pic.twitter.com/3IgRbSxcQN

Savannah Guthrie, Kotb’s partner in crime at the anchor desk, was pretty excited as well.

Could. Not. Be. Happier!!!!! pic.twitter.com/YebPoehmmD

In April, Kotb adopted a second child, a baby girl named Hope Catherine. Since then, she’s gone on maternity leave to take care of her. Kotb’s first child is named Haley, and she’s two.

Perhaps buzz around the return of the popular morning newser will get the NBC morning show back on track.