ABC and NBC have announced their annual year-end specials.

The annual two-hour prime time special on NBC will highlight the year’s most entertaining and talked about videos and trends that gave everyone a much-needed comedic break from what has been a not-so-comedic year. Kotb and Bush Hager will also look back at the most inspirational moments of 2020

Hosted by Robin Roberts, The Year will look back at the events that defined the last 12 months, including the pandemic and the presidential election as well as the pop culture trends and highlights that got us through.

The Year: 2020 is produced by ABC News. John R. Green and John Palacio are the executive producers. 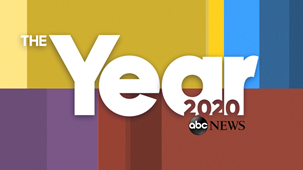 The one-hour program will feature a number of personalities including Fox & Friends’ co-host Brian Kilmeade, Fox Business Network’s Liz Claman, FNC contributor Tyrus along with actor Dean Cain and comedian and Saturday Night Live alumnus Joe Piscopo. The group will take a look back at this year in history and recap 2020’s biggest moments from the global pandemic,  presidential election and civil unrest to pop culture sensations such as Megxit, Tiger King and TikTok.