NEXT:Last Night's CNN Debate Drew 7.3 Million TV Viewers, Up From PBS' and MSNBC's Debates, but Down From All Prior 2020 Debates
PREVIOUS:Scoreboard: Tuesday, Jan. 14 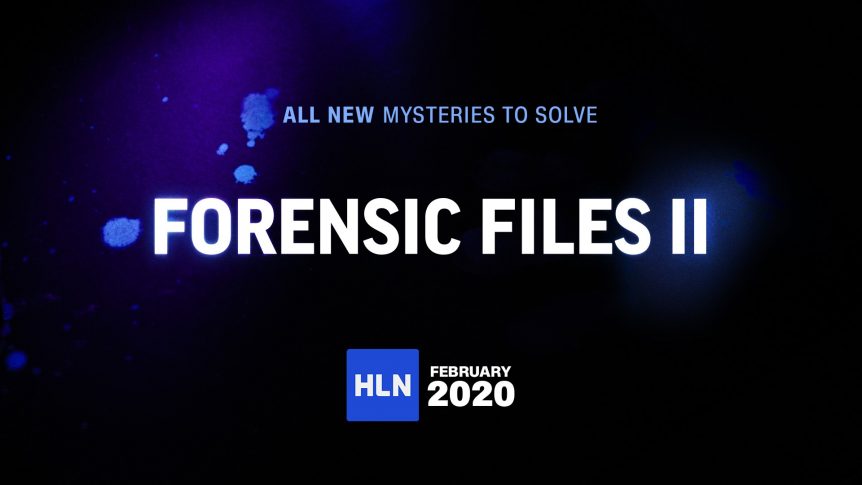 HLN, which has shifted back and forth between longer-form docuseries and live news programming in recent years, is currently airing original docuseries outside of the morning hours. And today, the channel announcing the launch of 5 new original series to go with 6 returning series in 2020.

“Last year HLN doubled down on original series production exclusively in the crime and investigation genre, a longtime area of expertise for our network in both live news coverage and long-form programming,” said CNN evp and executive in charge of HLN Ken Jautz. “That strategy proved successful and gave the network a robust library of quality series that resonates with our audience. And this year, we are giving the viewers more of what they crave. Finally, after an eight-year wait, brand new episodes of Forensic Files, still the best-known of all crime documentaries, will air in February.”

The new series slate is highlighted by the return of Forensic Files: Forensic Files II. The legendary true crime docuseries returns to HLN after an 8-year production hiatus with 16 new 30-minute episodes, now produced by CNN Development for HLN under the guidance of executive producer Nancy Duffy. Forensic Files II, continues the franchise – featuring the amazing work of scientists and investigators who use cutting edge forensics to crack the most baffling criminal cases. Acclaimed film, stage and television actor Bill Camp (Dark Waters, Joker, The Night Of) is the narrator.

Vengeance: Killer Coworkers premiered on Jan. 5, and consists of 10 hour-long episodes. Killer Coworkers represents installment No. 3 of HLN’s popular original series Vengeance. The show profiles victims who met their killers at work. Each one-hour episode takes viewers through the twists and turns of the investigation, the arrest, and the quest for justice.

Sex & Murder, which debuts Monday, March 9 and will consist of 6 one-hour episodes. The long-line: “Sex and Murder are often tied together in criminal investigations. Detectives undercover dirty secrets, scandalous sex affairs, online sex addictions, jealousy and stunning twisted fantasies when looking for motives for murder.” The series is produced by HLN Investigations, with Elizabeth Yuskaitis serving as executive producer.

The Killer Truth launches later this year with 8, one-hour episodes. Each episode of The Killer Truth tells the story of a single murder through the 5 people most intimately connected to the case. These five distinct points of view may include the victim’s family, the lead detective, a reporter who covered the case, the suspect linked to the crime, the defense attorney, and finally, even the killer. The five perspectives take us through the twists and turns of each case, create a full picture of the crime, and ultimately lead to justice.

In addition to Killer Coworkers, there’s Vengeance: Killer Families. The fourth installment of HLN’s Original Series Vengeance will launch later this year. Here’s the logline: “Home is supposed to be where the heart is, but sometimes family dynamics can turn deadly. And those who should be trusted the most turn out to be cold-blooded killers. Each one-hour episode takes viewers through the twists and turns of the investigation, the arrest, and the quest for justice. Vengeance: Killer Families is produced for HLN by Sky Vision.

Below, are log lines for the returning HLN original series, airing in 2020 (yes, Death Row Stories is among those returning):

VERY SCARY PEOPLE (Season two premiere, 2020; six, two-hour episodes) Actor, singer, producer Donnie Wahlberg hosts this HLN Original Series that chronicles the twisted lives of some of the most frightening, intriguing, and diabolical characters in recent history. Are monsters born or are they made? Each episode traces the killers’ path to evil, exposes their ability to hide in plain sight, and celebrates their ultimate capture by skilled and determined investigators. New season episodes feature Son of Sam, Robert Durst and the BTK Killer. Nancy Duffy, senior vice president of program development for CNN is executive producer of the series.

HOW IT REALLY HAPPENED WITH HILL HARPER (Season five premiere, 2020, six episodes in one or two-hour presentations) Hosted by critically-acclaimed actor Hill Harper, the series delves deeply into some of the most notorious crimes, mysteries and celebrity tragedies of our time. Stories include: the Atlanta Child Murders, the shocking Siegfried & Roy tiger attack, and the final days of rock star Tom Petty. Nancy Duffy, senior vice president, program development, CNN is executive producer of the series.

DEAD WIVES CLUB (Season two premiere, 2020; six, one-hour episodes) When a wife is found murdered, the primary suspect is usually her husband. But sometimes the killer is someone unexpected – a best friend, a stranger, a secret lover, or even the woman’s own child. Dead Wives Club is a collection of murder mysteries that end with a surprise twist. Nancy Duffy, senior vice president of program development for CNN is executive producer of the series.

REAL LIFE NIGHTMARE (Season two premiere, 2020; six, one-hour episodes) This true crime docu-series offers heart-wrenching, personal mysteries and unexplained deaths that continue to baffle investigators and horrify those left behind. This series unravels the newest evidence and compels viewers to hunt for answers with a call to action as police continue to seek the public’s help. Produced by HLN Investigations, Elizabeth Yuskaitis is the executive producer.