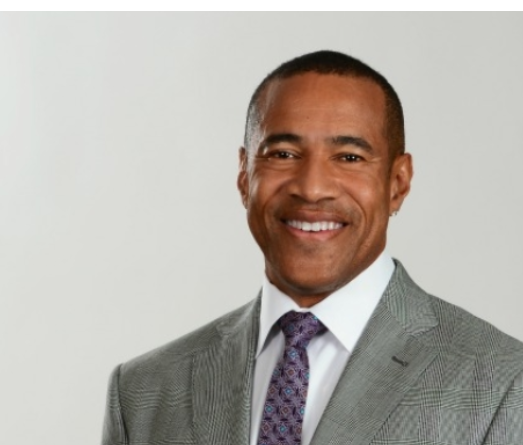 When you think of Black representation in the world of sports television, one of the first figures who comes to mind is probably the late Stuart Scott. However, Scott was a studio host, not a play-by-play announcer, and the medium still has a lot to work on in this regard.

For example, Mark Jones of ESPN/ABC and Turner Sports is the only Black sportscaster who calls sports events on TV for a national broadcast or cable sports outlet.

Yes, Gus Johnson is the play-by-play voice for Fox’s college football and college basketball coverage, but he does not do play-by-play for pro sports on the national level.

Why is this important? An overwhelming number of athletes who are competing in football and basketball at the professional and collegiate levels are Black, but very few broadcasting those games are people of color. Not only does it seem absurd, considering this is 2020, but it feels like networks are also missing out on opportunities for stronger in-game storytelling.

Marc J. Spears, a journalist from the sports and culture site The Undefeated, and Jones said the lack of Black broadcasters can mean that the experiences of Black players off the court aren’t given attention—certainly not from a relatable viewpoint.

“You’re part of an elite group, sadly so,” Jones told Spears. “It’s hard for me to find somebody to bounce uniquely Afrocentric stories off of. You’re talking about a league that is 75% African American. Who is going to see it through the same prism that I do? Is the producer going to understand me? Is he going to support me? Is my analyst going to support me?”

Jones also cited the 2018 arrest of Milwaukee Bucks guard Sterling Brown. Brown’s treatment by police, in which he was tackled to the ground, tased and handcuffed for a parking violation. That was heavily on the minds of Brown’s teammates when Milwaukee played the Brooklyn Nets later that day.

“I wonder whether we have enough people telling stories that are impacting Black players accurately with the same amount of importance,” said Jones. “If you did a Milwaukee Bucks game when the police brutality happened and you didn’t talk about Sterling Brown, then you were missing the story. That was a story that was not only important to Sterling Brown, but to his teammates and players around the league who look like him.”

Now to be fair, there are other play-by-play broadcasters of color, but they’re few and far between. The sports media site Awful Announcing notes that of the 30 NBA teams, Charlotte Hornets play-by-play man Eric Collins was the only primary play-by-play TV announcer of color during the 2019-20 season. The Chicago Bulls recently announced the hiring of Adam Amin, who is Pakistani, as their new primary TV play-by-play broadcaster. Toronto Raptors co-play-by-play radio announcer Paul Jones (Mark Jones’ brother), a Black Canadian, is the only person of color in that position in the NBA.

That said, they call games for regional sports networks (or radio), not national TV outlets, where Nielsen ratings and general exposure are significantly greater.

NBA deputy commissioner Mark Tatum told Spears that there is indeed work to be done. Hopefully change will come sooner rather than later.

“We are committed to increasing Black representation at every level of our league and game, including in media and broadcast roles,” Tatum told The Undefeated. “We have a real opportunity to turn this moment into sustained action, and continue to have frequent conversations with our teams to identify gaps, expand programs and ensure accountability regarding hiring and retention. While we’re encouraged by progress made so far, our collaboration with partners and teams to build a more equitable league is essential for creating meaningful, long-term change.”

Spears asks Black broadcasters what needs to happen to get more Black, people of color and women sports play-by-play gigs in the future, both in TV and in radio:

Collins: There are so many different ways to do an NBA basketball game. But more often than not, it all sounds the same. When people understand that difference can and should be celebrated, that is when [we] can have a different thought process toward hiring people. … When that is the case that people are looking for uniqueness, then is when you’ll have more people holding microphones and doing jobs in this business.

Meghan McPeak: The analyst, host and sideline chair are the only acceptable place for people of color to be, it seems. So, the only way to get more Black men and women in the play-by-play chair is that if the people in that position to make the hires make them and have uncomfortable conversations with their fellow hiring people … and say, “This needs to change. We cannot keep telling the stories of Black men and women without Black men and women telling these stories.”

Paul Jones: They need opportunity. They need someone to give them a chance and a spot to practice. There are so many outlets now in sports around college, high school and AAU to practice calling. They need chances to do that so people can give them feedback and help them move up.

Mark Jones: Seeing people like me, Eric Collins, Meghan [McPeak] other Black play-by-play announcers. It’s going to take them looking at people like me and saying, “I can do that, too.” I mentor three or four young Black kids now who are trying to do what I do. They’re going to have to be prepared in a different way. They are going to be told at times, ‘Hey, don’t say it like that.’ It helps to have a mentor like myself or a person of color who can help them with some of the hurdles they are going to face. They have to know it can be done.