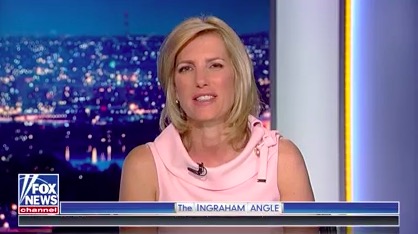 While at least 8 brands have pulled their ads from Fox News Channel’s Ingraham Angle, several others continued to sponsor the show.

Last night, Parkland shooting survivor and outspoken gun control activist David Hogg called for advertisers to boycott the show due to, “the way your network has treated my friends and I in this fight.”

CNBC reported tonight that Jenny Craig is taking steps “to discontinue advertising” on the show.

Ingraham made no mention of the controversy. She did apologize earlier today on twitter.