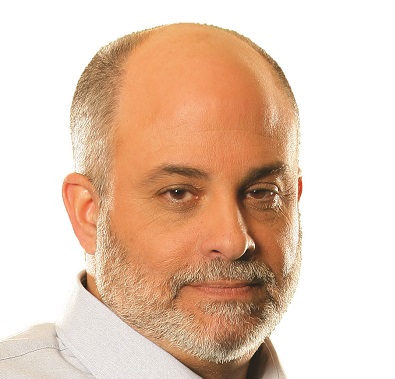 Premiering tomorrow night at 10 p.m. ET, it will round out Fox News’s weekend prime time slate. Life, Liberty & Levin will replace a Fox News Sunday rebroadcast and it’ll have The Revolution with Steve Hilton as its lead in.

We caught up with Levin to learn more about his new program.

TVNewser: Will longtime listeners of your radio program notice any difference with the TV show?

Levin: My show’s format will be a long-form interview with typically one guest, perhaps two from time-to time. The guests will be individuals, some known and some not so well known, whose views or contributions to society are worthy of exploration. We will take the time to delve into philosophy, history, economics, etc., and, of course, our founding principles.

TVNewser: How will Life, Liberty & Levin stand out from other Fox News fare?

It’s not my intention to compare or judge my show and how I will do it with other shows and hosts.  My laser focus will be on my show’s content and audience.  That’s also how I approach and do my radio show.

TVNewser: You worked in the Reagan administration, so I imagine you can relate to what Pres. Trump’s advisers are experiencing on a daily basis. How do you think they’re doing, and would you have any advice for them?

There are many advisers, past and present. Some obviously have been and are doing better than others. Overall, considering the degree of hostility against this president and his administration from the media, and the Democrat Party’s obsession with the president’s failure if not ouster, I think they’re doing very well.

TVNewser: Some consider you a controversial and provocative figure. Have Fox News executives asked you to rein it in at all as you step into the role of cable news host?

Well, some also consider me handsome, brilliant, and wise.  The point is “some” will always have good or bad opinions about public figures. If I am provocative it is in the eye of the beholder. I just call them as I see them.  And no, Fox has not asked me to “rein it in.” In fact, Fox approached me last summer about doing a show, for which I am very appreciative.

TVNewser: What are some of your favorite restaurants in your neck of the woods, and why?

There are two restaurants in particular I like, but I dare not mention them. Being “provocative” and all, I prefer to eat unnoticed.