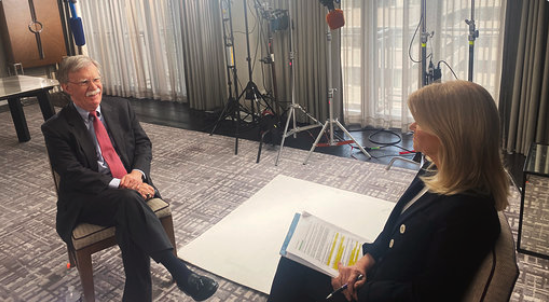 President Trump’s former national security adviser John Bolton sat down with ABC’s Martha Raddatz for an interview to promote his forthcoming book about his time in the White House, titled The Room Where It Happened.

Bolton spent 17 months as a member of the Trump administration, and in this book, he outlines a troubling series of allegations. Bolton alleges that Trump requested assistance from Chinese president Xi Jinping to win the 2020 presidential election. He also alleges that Trump endorsed China’s Uighur concentration camps, that current secretary of State Mike Pompeo consistently criticized Trump behind his back, Trump offered to help Turkey’s leader Recep Tayyip Erdogan avoid a DOJ probe into a Turkish state-owned bank, and that Trump didn’t like sanctions on Russia.

There are many more that I’m leaving out for brevity purposes.

One of the more alarming allegations in Bolton’s book involves CNN. When news leaked about a secret meeting on Afghanistan at Trump’s Bedminster, N.J., resort, Trump complained that CNN had reported the summit was taking place, Bolton writes. Trump told White House lawyer Pat Cipollone to call attorney general Bill Barr and find out if he could “arrest the reporters, force them to serve time in jail, and then demand they disclose their sources.”

The Trump administration made last-minute efforts to block the book’s release, to no avail. It has made its way to 1600 Pennsylvania Avenue. Trump and his allies, both on and off television, have called Bolton every name under the sun in recent days; just visit Trump’s Twitter account for examples.

In the ABC News clip below, Bolton claims that Russian president Vladimir Putin thinks he “can play Trump like a fiddle.”

In a second clip released by the network, Bolton tells Raddatz he believes Trump is not “fit for office” and doesn’t have “the competence to carry out the job.”