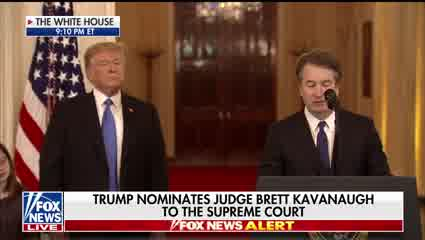 The Judge Brett Kavanaugh Supreme Court confirmation hearings have already gotten off to a rather hot start, with Democrats pressing for a delay after receiving 42,000 pages of documents the night before today’s opening session.

Democrats were joined by protesters in the room, and 22 of those protestors have been arrested.

Here’s how TV news is covering the proceedings:

This post will be updated as TV network coverage plans continue to trickle in.